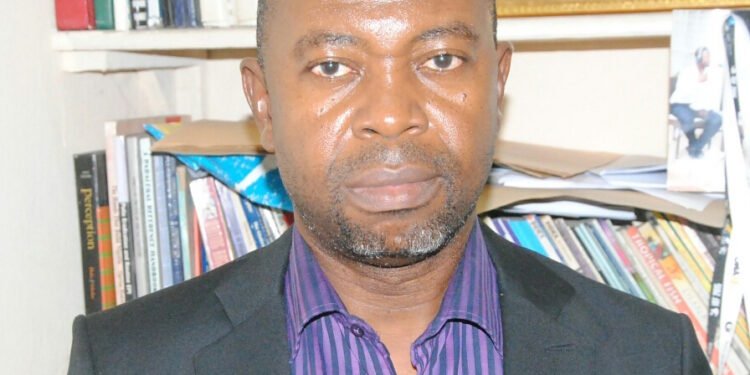 Arguably the most visible contemporary Islamic organization for muslims in the professions and business in Nigeria today, The Companion,  after a most thorough assessment, came to the conclusion that the 2022 edition of Hajj was excellently managed by the Zikrullah Hassan-led National Hajj Commission of Nigeria. This is a pronouncement most awaited given that the Companion, consistently conscious of the sanctity of its identity, has no place for hypocrisy or timidity with truth. This has endeared the organization to the lowly and the highly placed alike such that it keeps attracting the best minds, even across faiths, to its functions. It once played host to Vice-President Yemi Osinbajo at a discourse session on economy where he spoke, manifestly well out of conviction, that the Companion was populated by visionaries as members.

As is often the case with most topical issues these days, Hajj administration in Nigeria got some undeserved jabs of unfounded, online vituperations.   Prior to The Companion’s sober entry, some idlers lacking knowledge of the workings of the Hajj sector had sold thick tissues of lies to several undiscerning folks especially across assorted social media platforms. Most renowned perhaps was some unmistakably desperate lady. She claimed to have made multiple payments to her travel agent as well as the National Hajj Commission of Nigeria, NAHCON, in the bid to perform Hajj. How can NAHCON condescend to the level of relating with retail hajj transactions concerning individuals?

The video of the potential Hajj performer kept circulating and some gullible minds, in sympathy, volunteered shallow and misdirected comments, with some casting aspersions on NAHCON and its functionaries. Such was the campaign taken so far that some Nigerian mass media actually feasted on it. Rather than embrace solution journalism approach to reporting hajj and related issues, it turned out that some media got blinded by inexplicable sentiments. Obviously fed consistently by some disgruntled NAHCON insiders, some newspapers indulged in one-sided reporting consistently lacking in tie-back or what is popularly known as backgrounding. You just wonder if the concerned reporters and their editors ever got exposed to the fundamental principles of ethical journalism.

They all chose to ignore the fact that the 2022 edition of Hajj was actually not going to be on account of Covid-19 pandemic that had averted several other global arrangements since 2020, notably the annual Internet Governance Forum, IGF, far less crowd-pulling than hajj. In the previous two years, the world has had to, painfully, skip Hajj. Many muslims who had looked forward to it just managed to endure the postponement but not without exerting pressure on the pilgrimage boards of the states to collect money presumed to be the likely cost, just in case, the opportunity would suddenly manifest. Indeed such had been the anxiety that each of the two skipped years, anxious potential pilgrims kept on paying into designated accounts.  Hajj is too important for muslims to just accede to the shocking reality that believers could be so frankly barred.  Saudi Arabian government obviously never wanted to take any risk given the rate at which covid-19 had claimed several lives. It was in line with Islamic principles. The right to life must be upheld.

But for the special grace of Allah, Hajj 2022 was therefore not going to happen and so all preparations had to be rushed up when the decision to allow it by the Saudi Arabian government was finally announced. But the new  NAHCON Chairman, Barrister Zikrullah Hassan was not one to be caught napping.  He belongs in the scarce category of hajj administrators with combined and much coveted experience of managing hajj in both the private and the public sectors.  Prior to his appointment as Chairman of NAHCON, he was the chair of the chairmen of all muslim pilgrims welfare boards in different states making up the Nigerian federation by virtue of being the boss of the Osun State Muslim Pilgrims Welfare Board. He was the boss for the Osun Board for eight consecutive years

So if health was the issue responsible for the hiatus in the annual hajj rites, the solution should not be far-fetched, Hassan obviously reasoned as he strategized for the very first Hajj he organized as the NAHCON boss. Following the outstanding, gateway role that Lagos medics had played in containing both Ebola and Covid-19 plagues in the recent time, NAHCON settled for a versatile LUTH based senior medic, Hakeem Abiola, as its Chief of Doctors, overseeing all its 15 clinics spread all over the vast sites of hajj operations in Saudi Arabia.  Abiola, the cosmopolitan medic  was restless as much as he was stunningly humble. He, for instance, offered to attend a patience in his room at my instance, to my disbelief.

Indeed, Abiola’s regularity in the mosque, humility and unmistakable ready comradeship subtly recruited NAHCON’s ulamahs, media committee members and several other adhoc staff and volunteers resident at Nema Mawada Hotel into support staff for the NAHCON Clinic at that Hotel on El Khalil Street, Makkah.  The accessibility of the clinic for pilgrims from all states made it their first choice once they took ill.  For the unlettered who could also not speak Arabic, the adhoc staff were always on hand to lead them into lifts and sometime further to the appropriate floor for medical examinations.

It was therefore not surprising that in spite of the rush with which the medical team was put together, the performance was amazing. At the post Arafat Briefing  by Dr Usman Galadima, Chief of Operation/Head of Medical Mission for National Medical Team for Hajj 2022,  the audience applauded the medical services rendered. In Muna alone for instance, NAHCON provided no fewer than 26 emergency medicine supplies kits complemented further with mobile drug store in form of an ambulance.  These made it easy to cope with all the 12, 152 consultations, with males accounting for 7,418 while females were 4,731, being 61% and 39% respectively.  Dr Galadima commended the Zikrullah Hassan leadership for proactively providing for effective emergency response; connecting for provision of drugs by Mu’assasa and most importantly perhaps was the prompt payment of the medical team members’ allowances while in Muna and Arafat.

The media team had no less commendation for Hassan especially with his unprecedented initiative to make NAHCON management tour the camps of all states in Muna. Accompanied by the Senate  Chair on Foreign Relations, Bulkachuwa as well as  Nigeria’s Ambassador to Saudi Arabia, Hassan wanted to hear directly from the pilgrims, whatever their challenges were. Pilgrims from Osun State where Hassan had served meritoriously gave him the most rousing welcome and applause.  For them, Hassan was the best that could happen to NAHCON. Turn by turn, those who spoke enjoined others to pray for Hassan and his team.  In some other states where there were issues, the pilgrims largely had reservations for the leadership of their board apart from complaints on food. Hassan has since relayed the food complaints to the concerned Saudi organizations and they promised to make refunds and even improve in the coming years.

The Companion’s commendation is therefore most deserved and appropriately worded: “ …it was the Hajj with the shortest notice  and preparations coupled with several restrictions and many innovations introduced by the Saudi authorities” yet “…the hajj operations, including the return airlift of Nigerian pilgrims was concluded one week ahead of Saudi’s and NAHCON’s planned deadline”  The Companion concluded: “…Hassan is an upright and devoted Muslim who is armed…with Hajj operation experiences as well as the knowledge of the Qur’an, Sunnah of Rosullah (SAW) and fluency in Arabic, all of which…qualify him for the job”.

Tunde Akanni, PhD, associate professor of journalism and pioneer Director of Digital Media Research Centre, DMRC, was a member of the National Media Committee for Hajj 2022. Follow him via: tundeakanni.com and @AkintundeAkanni(Twitter).

In Awe of Hero Hussein of LASU — a tribute by Tunde Akanni, PhD

"Hussein wasn’t any less focused on students’ wellbeing.  For the first time in the history of the university he started...

The NAHCON Intervention in Nigeria’s Diplomatic Profiling – a travelogue, By Tunde Akanni

Buhari Flags off 1st Batch of Pilgrims to Saudi, 2 Years after