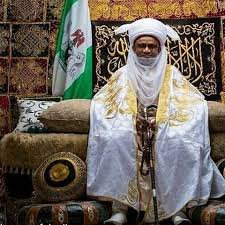 Presidential candidate of the Peoples Democratic Party in the 2023 election, Atiku Abubakar has described the Etsu of Nupe and Chairman of Niger State Council of Traditional Rulers, Alhaji Yahaya Abubakar as a remarkable gentleman and an amazing enabler of peace and harmony whose contributions in this regard is immeasurable.

In a goodwill message to mark the Etsu’s 70th birthday anniversary, the former Vice President and PDP presidential candidate paid tribute to Yahaya’s impressive record of promoting peace and harmony among all Nigerians under his domain, and the passion with which he pursues these goals.

Atiku, who is also the Wazirin Adamawa, explained that since his accession to the throne, Yahaya Abubakar has always identified himself with efforts to achieve peaceful coexistence among Nigerians, adding that his military background played a significant role in his commitment to promoting harmony.

The former Vice President also praised the Etsu Nupe “for bringing tradition in line with the challenges of modernity as part of his efforts to enhance the development of his people in a fast changing world.”

“As you celebrate your 70th birthday anniversary, I extend to you my warmest best wishes on this significant milestone in the journey of your remarkable life of service to your people and Nigeria at large. May Allah grant you more good health, strength and wisdom in the service of your people,” Atiku prayed for the Etsu.

Oshiomhole: 23 APC Governors Working for Tinubu while Atiku Has only 8 with Him

Atiku:  Appointing only Northerners as Heads of Security Agencies is Lopsided Action I Won’t Take

With Strict Implementation of Right Policies, Nigeria’s Economy will be on Track, Says Peter Obi