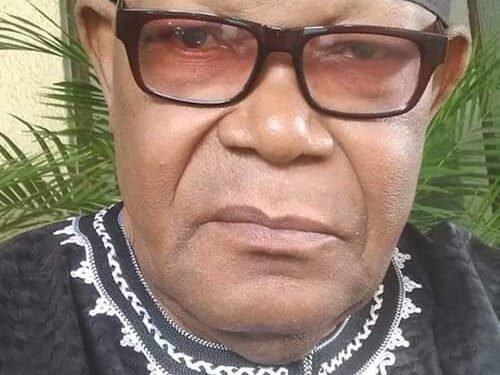 He died today around 11:00 AM at the Federal Medical Centre Yola, Adamawa state after a protracted illness.

The entire members of the Nigerian  Adamawa State council have been in a mourning state since this afternoon when his demise was announced by family members in the hospital.

The erudite journalist retired as the General Manager of the NTA Yola before serving as the pioneer consultant for GoTel communication, owners of GoTel TV Yola.

He was one time media consultant to the establishment of the northern bureau of the African Independent Television (AIT).

The late journalist was a man who believed in excellence which is why he was involved in the media management of many blue Chip companies even in retirement.

Funeral arrangements for the 73-year-old Numan born Matthias were still on as at the time of writing this report.

By Ibrahim Kado The Appeal Court in Yola, Adamawa, has declared Sen. Aishatu Binani as the All Progressives Congress (APC) governorship...

Governor Fintiri to Judiciary — Brace up for Free, Fair Election in Adamawa State

NBC Backtracks, Gives AIT/RayPower, 51 Others Aug 23 Deadline to Pay up