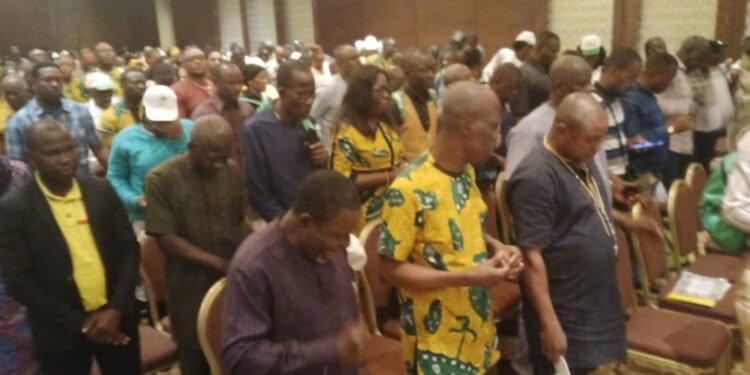 By Andrew Ikehi in Amman, Jordan
For the second time in two consecutive years, the Delta State Government has again, recorded zero abscondment of pilgrims to the Holy land
With the feat, the State is among the few states that have recorded clean sheet in terms of misdemeanor while on sojourn to the Holy land.
The State Commissioner, Bureau for Special Duties and leader of the contingents, Chief Johnbull Edema stated this yesterday in Amman, the Capital city of Jordan during a Jerusalem/Jordan Pilgrimage ceremony organised by the Jordan authority for the over 300 Pilgrims from the State as well as that of Kogi State.
According to the Commissioner, the all 310 Pilgrims from the State contingent who are billed to return to the country in the next few days, are all in high spirit even as they bask in the euphoria of their spiritual rejuvenation.
He noted that the State also, recorded same feat in 2021 where all 300 contingents to Jordan returned to the State without any record of abscondment.
While Commending the pilgrims for their loyalty by making the State proud as they sojourn the holy lands of Israel and Jordan, the Commissioner, particularly, lauded the administrative ingenuity of officials of the State Christian Pilgrims Welfare Board led by its Chairman, Arch Bishop Cyril Odutemu and the Executive Secretary, Revd. Apostle Samuel Okoh.
Speaking in their separate remarks, Chairman of the State Pilgrims Welfare Board, Arch Bishop Cyril Odutemu and the Executive Secretary, Revd. Apostle Samuel Okoh expressed appreciation to the State Government for not reneging  in its sponsorship of Pilgrims to the Holy land
The duo, while particularly expressing gratitude to the State Government for being among the states with the highest number of pilgrims, however, request for upward review of the number in subsequent exercises.
They reminded the State government of its promise in 2021 to beef up the number if they (the board) achieve a clean record of zero abscondment.
High point of the event, our correspondent report, was the issuance of certificates of Jerusalem/Jordan Pilgrimage to the over 300 pilgrims to the Holy Lands.
Some of the Pilgrims who spoke with this reporter, commended the State Government for affording them the privilege of visiting the Holy Lands where, according to them, they had practical experience of some of the Biblical records..
Tags: 2022 PilgrimageAndrew IkehiDelta State GovernmentGov Ifeanyi Okowa

AFCON 2021: How Nigeria, Others Stand after Group Stage Matches