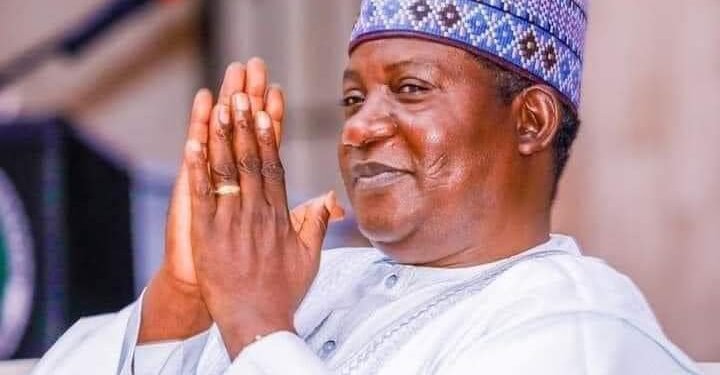 The menace of drug trafficking and abuse coupled with its spiraling effect of cultism and crime, is a cankerworm ravaging the youthful population in Nigeria, with Plateau State feeling the brunt.

This concern formed the nucleus of discourse with the Plateau State commandant of the National Drug Law enforcement Agency NDLEA, Mr. Umar Yahuza where he lamented a surge in the use of narcotic drugs as evidenced in the arrests and convictions of drug traffickers lately.

It is the root cause of this menace that Gov Simon Lalong is attacking by providing massive employment and engagement for youths by pumping over 9 billion naira into the ongoing construction of the British/America flyover bridge.

With this initiative, the teeming youths in the state are already being engaged in various ways as construction superintendents, project engineers, construction estimators, construction inspectors, journeyman electricians, plumbers, pipefitters, carpenters and artisans.

The multiplier effect is the creation of a new stream of income for food vendors, recharge card sellers and transporters, amongst others.This, in turn, will improve the local economy, as the workers employed in the project will have wages to pass along to other local businesses.
But that is just the beginning of the mission by the Lalong administration to rescue the state from unemployment and poverty which fuels youth restiveness.

The construction of the Jos Main Market is another well thought out project that will double the domino impact of these benefits.

It can be likened to the Indian construction industry which employs about 51 million people – the second-largest employer – and contributes around 9% to the country’s GDP and in addition, creates more than 45 million direct and indirect jobs in the Asian country.

The British/America flyover and the Jos Main Market is sure to play a significant role in aggregate economy of the state in terms of its contribution to revenue generation, capital formation and employment creation which ultimately supports the Gross Domestic Product (GDP) and socio-economic development.
The wages and personal income earned by these workers will improve and enable citizens to pay their sales and property taxes.

With these, the internally generated revenue (IGR) of the state is bound to increase astronomically in the coming days, as Gov Simon Lalong reinvents the “civil service” state into a pool of budding entrepreneurs.

One recalls that it was in the year 2015, that Lalong, then the All Progressives Congress APC) governorship candidate in Plateau State, made a vow at the Nenpun Arena in Pankshin Local Government Area of Plateau state, to rebuild the Jos Terminus Main Market if elected into office.

As a man who walks his talks, Lalong did not forget the pledge he made to the people and kick-started the process for its realisation.

After several preliminary works that included a survey on the site and later bringing the old structure down, the Governor awarded the contract for the rebuilding of the market last month ending the search for a viable investor which started in August 2016 but yielded little results until respite came from Jaiz Bank PLC with an offer to fund the construction with acceptable model.

The concept designs and financial projections was subjected to a rigorous process by relevant government Ministries, Departments and Agencies (MDAs) made up of the Attorney General and Commissioner of justice, Ministries of Commerce and Industry, Housing, Bureau of Public Private Partnerships, Debt Management Office, Plateau Investments and Property Company Ltd under the meticulous lense of the Harvard trained Chief of Staff, Noel Donjur.

After robust engagement, the Plateau State Executive Council approved the engagement of Jaiz Bank in tow with their recommended contractor, to deliver the project in 12 months at the cost of N9.412 billion naira, all things being equal.

As expected, the award of the contract which marks a significant step towards rebuilding the edifice and towards fulfilling the promise made by the Governor, has been greeted with excitement because of the potentials it holds to the state government as a revenue earner, to citizens as a center of commerce and others as a tourists site.

What many do not understand is that in awarding the contract, Governor Lalong has also worked out quite a number of benefits to save the state from incurring further costs in its bid to rebuild the market.

The first is that the contract would be carried with a zero interest as Jaiz Bank, which won the N9.4 billion contract,to rebuild the market under a PPP agreement will do so at a zero percent interest.

With so much needed to carry out other projects, the state government has hit the bulls eyes with this arrangement by freeing what would have been debited as interests for the contract to be used for other projects.

By this, the state government is keying into the financial tact of the Federal Government and world best practices which focus on award of contracts under similar interest free arrangements to save the government funds to develop other sectors.

The market on completion is projected to consist of 3-floor edifice of 4,312 shops at an estimated construction rate of N98,000/sqm, with the standard shop size of 3m x 4m = 12sqm.

As the bank is enabled to appoint the contractor based on competence and to supervise work till it is delivered to specification, the agreement comes with a form of guarantee on both quality and meeting of deadline.

The idea of rebuilding the market also comes with innovation that would revive trade and commerce on the Plateau and boost the economic potentials of the state.

In addition to the 4,231 shops, adequate provision for spaces to house banks, a park, police station and Admin Block have also been made to address issues of security and maintenance.

Having over 4,000 number of shops concentrated in one place is like housing multiple plazas in one place or constructing a mini Dubai!

With the burning of the market in 2002, the state has for the past 20 years endured the absence of a major commercial nerve center that galvanizes both commercial and social activities of that magnitude.

The Jos main market in its hey days, used to contribute about 40 to 50% of the state’s internally generated revenue while pulling major investors, entrepreneurs and others to the state because of its potentials.

With its breathtaking architecture, colourful design and towering height, it was more than a place for the exchange of goods but had become a social center for meaningful interaction which fosters unity and cohesion among the diverse groups in the state.

As the brain child of our respected founding father of Plateau, Joseph Gomwalk, every Plateau citizen views the market with a sense of nostalgia.

Incidentally, it was General Muhammadu Buhari who as head of state commissioned the market in 1985 under the then military government of Samuel Atukum.

What a better way to relive the 37 year old memory than rebuilding the market under the President Buhari administration and handing it over to the people in May 2023.

The leadership of the APC must take advantage of INEC’s final list of presidential candidates, which is to be published...

Gov Simon Lalong: Setting the Template of Unity in Diversity, By Yakubu Dati