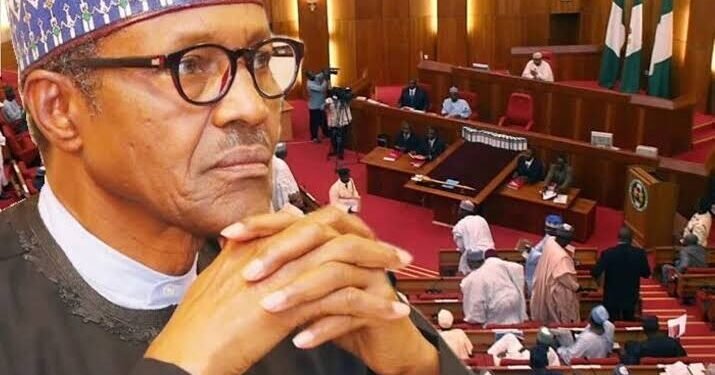 Opposition senators threatening to impeach President Muhammadu Buhari over insecurity bewildering the country are just wasting their time, the Presidency has said.

Presidential spokesman, Mr Femi Adesina stated this on Wednesday while appearing as a guest on Channels Television’s “Politics Today” program.

According to Adesina, the opposition senators cannot carry out such impeachment threats against the president.

metrowatchxtra reports that the lawmakers had at Wednesday’s plenary issued Buhari a six-week ultimatum to properly address worsening insecurity or face impeachment.

However, speaking on the development, Mr Adesina described the senator’s threat as empty, saying they are just wasting the time of Nigerians.

“The truth is that the minorities will have their say while the majorities will always have their way. If you know the configuration of the national assembly and the senate, those who spoke today are the minority of minorities,” Mr. Adesina said on television.

“They will have their say as it is normal in a democracy but it will not go beyond that. I think it was just bravado and very sadly, security is not something you subject to bravado.

“You don’t begin to issue flippant ultimatums in something that is a matter of life and death. They know in their hearts of heart that they cannot achieve what they are saying. They are just wasting the country’s time, wasting the time of the upper chamber of the national assembly. They know they can’t achieve it”.

Buhari for global conference on agric in Senegal

2023: Atiku’ll be Dictatorial, PDP Cannot be Trusted with Power — SAN