Muslim-Muslim Ticket, an Affront to the Nigerian Constitution, By Law Mefor 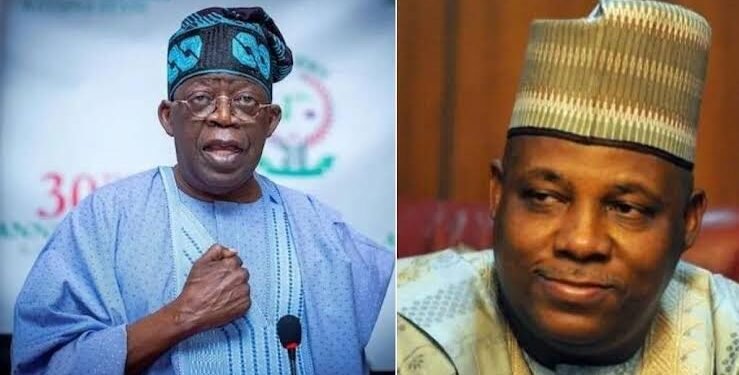 Citizens across divides who wish Nigeria well are raising their voices against the Muslim-Muslim ticket, which Bola Ahmed Tinubu and his party, All Progressives Congress, the APC, are determined to force down the throats of Nigerians. The APC Muslim-Muslim ticket is also an affront to the Nigerian Constitution if one considers the spirit and letters of the 1999 Constitution (as amended), which states… “The government of the Federation or any of its agencies and the conduct of its affairs shall be carried out in such a manner as to reflect the federal character of Nigeria and the need to promote national unity and also to command national loyalty, thereby ensuring that there shall be no predominance of persons …”

The ticket is therefore all-around in bad taste and bound to fail unless the party has perfected ways and means of circumventing the will of Nigerian electorates in the 2023 polls. With the new electoral act, which prescribes electronic accreditation and transfer of results, rigging the 2023 general election will be an uphill task, though not impossible. And in the unlikely event that Tinubu wins with Shetima as his vice; he will spend much of his tenure trying to gain the confidence, trust and cooperation of Nigerian Christians.

The APC is facing a crisis with its Muslim-Muslim ticket for the reason that it is justifiably facing rejection across the board. The party had hoped to cure the poor choice of Tinubu as their flag-bearer by adding yet another Muslim to the weak ticket.

The choice of Tinubu is incurably defective in the first place. The man is too old and too sick, and more importantly, some believe he cannot connect well with the core Muslim North as somebody like MKO Abiola did. Worrisome also is Tinubu telling Nigerians that he wants to be President because it is a lifelong ambition and because he wants to continue from where Buhari stopped.

While no one can begrudge Tinubu for holding a lifelong ambition of ruling the world, many Nigerians are asking, what are the legacies of Buhari that Tinubu plans to continue? Nigeria is at the lowest ebbs of its national existence because of the toxic and divisive leadership of the current APC-led federal government.

Nigeria might have been bad when the APC wrestled power from the PDP in 2015 but they have made things worse with their toxic and wrongheaded policies, actions and inactions. By the way, toxic leadership is the type that leaves a place worse than it met it. Nigerians can see that insecurity and fault-lines are now worse, ungoverned space is widening, non-state actors are growing in ranks and temerity; corruption is getting worse and more entrenched, and unemployment spiralling out of control.

The Nigerian economy has almost collapsed and prices of goods have gone up by nearly 1000% compared to what they were in 2015 with the exchange rate skyrocketing from N165 to $1 to over N600 to $1. The cost of diesel upon which industries rely for power has hit nearly N1000. Dozens of Nigerians die every other day in an undeclared war with insurgents and terrorists running the ring around our country. Fulani herdsmen and bandits have grown in temerity and confidence and can invade Kuje prisons in the heart of the federal capital and force a prison break in an operation that lasted for hours unchallenged. Since 2015, at least 15 prison breaks have occurred in Nigeria, freeing terrorists, murderers, armed robbers and other dangerous criminals.

Tinubu was very pivotal in bringing the APC to power in 2015, the reason he insisted that the party’s presidential ticket was his. Since the government he brought to power has proved to be the worst in the annals of the nation’s history, one had expected that Tinubu would apologise to Nigerians and proffer solutions on how to disentangle the nation from the toxic government he helped to foist on Nigerians. Instead, he told the suffering Nigerian citizenry that he plans to continue from where the same government stops. In order words, Nigerians should brace for the country growing from worse to worst.

To underscore the impunity, the same Tinubu nominated a fellow Muslim, Kashim Shettima as his running mate, citing merit as the guide that produced the man ahead of all Christian leaders in the North. May one ask: how competent is Kashim Shetima? What were the legacies of Shettima as governor of Borno state (from 2011 to 2019) apart from allowing a much better performing Babagana Umara Zulum to succeed him?

From 2007 to 2011 under Ali Modu Sheriff as governor, Shettima served as Commissioner in 5 Ministries when one of the founders of Boko Haram was also appointed commissioner. In the January 2011 ANPP primaries, Engineer Modu Fannami Gubio was selected as a candidate for the governorship. However, Gubio was later shot dead by gunmen, and Shettima was selected in a second primary in February 2011.

Was it not Shettima who ignored the letter written to him by Nyesom Wike as supervising minister of education on how to conduct exams in Chibok, given the rising Boko Haram terrorism challenge, which eventually precipitated the kidnap of the Chibok girls with the same Shetima as governor and doing nothing? Over 100 of these young girls have produced two to three children each for the terrorists in the Sambisa forest, courtesy of Shettima’s inaction. Kabiru Sokoto the bomber of St. Theresa’s Catholic Church in Madala in 2011 where at least half a dozen worshippers died was arrested in Borno State Governor’s Lodge in Asokoro, Abuja on 1st January 2012 when the same Shettima was governor. (Kabiru Umar Abubakar Dikko predominantly known by his sobriquet Kabiru Sokoto is a convicted terrorist and commander of the Islamic terrorist group, Boko Haram). So, is being an enabler of terrorist activities what Shettima is bringing to the ticket and what Tinubu refers to as competence? Nigerians need to know.

It is important to tell Nigerians in what way Shettima is judged more competent than the current Secretary to the Government of the Federation Boss Mustafa, Governor Simon Lalong of Plateau state, former Speaker of the House of Reps Dogara Yakubu or Dame Pauline Tallen, a two-time minister and former deputy governor, to mention a few.

Tinubu should stop insulting the Christian community in the North in particular and Nigeria in general. By doing so, he is worsening his already bad ticket. Tinubu ought to be outraged that he is not considered a Muslim enough to represent the whole Muslims in Nigeria, especially those of the core North, the reason some APC leaders in the North such as Gov Nasir El Rufai of Kaduna state are insisting on a Muslim-Muslim ticket as curative.

As said, the Tinubu ticket is incurably defective for being a sad reminder of the abysmal performance of the Buhari government, which is chiefly resulting from the President’s poor health, old age and worldview.

Now, imposing a Muslim-Muslim ticket has made the matter worse for the APC because it directly affronts and challenges the entire Christian divide in Nigeria. Even moderate and nationalistic Muslims who want the unity of Nigeria is already revolting against the ticket. This is an avoidable mistake made by both the party and Tinubu himself who shouldn’t even run in the first place. The fact is: Tinubu’s time has passed as shown in his failing health. One cannot cheat or lie to nature about his real age.

The APC and Tinubu should be reminded that patriotic leaders resign from office when their health begins to fail and when age significantly begins to impede their performance. The Chief Justice of Nigeria recently resigned for the same reason. But Tinubu, instead of minding his health, is pushing to go into the office of the President of Nigeria, one of the most stressful positions in the world that require the occupant to work for an average of 15 hours a day or have the Presidency outsourced to a cabal, as President Muhammadu Buhari appears to have done to survive.