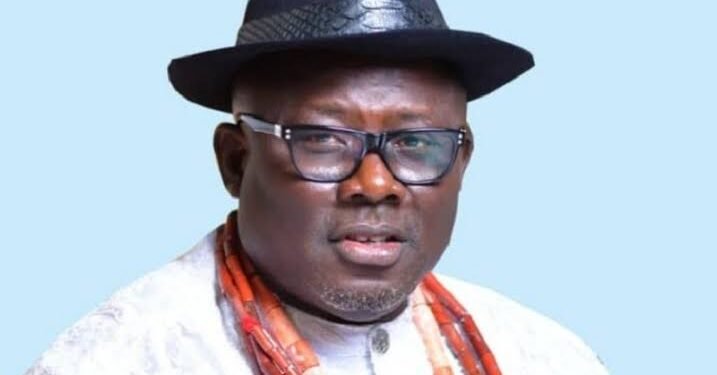 Mr Sherriff Oborevwori has appealed Thursday’s court judgement disqualifying him as the Delta State governorship candidate of the Peoples Democratic Party (PDP) in the 2023 elections.

Oborevwori, Speaker of the State House of Assembly, raised nine grounds of appeal against the judgement in his notice of appeal filed at the Court of Appeal in Abuja on Friday.

He also filed along with the notice of appeal, an application for a stay of execution of the verdict delivered on Thursday by the Federal High Court in Abuja.

Recall that the Federal Hight Court sitting in Abuja had on Thursday disqualified Oborevwori from participating in the 2023 governorship election.

The judge, Taiwo Taiwo, cited the allegations of certificate falsification and forgery levelled against him in a suit filed by his closest rival in the contest for the party’s ticket.

David Edevbie, who came second in the May 2022 governorship primary election of the party in Delta State, had pointed out inconsistencies in the names on the academic certificates submitted by Oborevwori to the Independent National Electoral Commission (INEC) to back his candidature for the next year’s election.

The former Commissioner of Finance in the state who cited the discrepancies as evidence of falsification and forgery urged the court to declare Oborevwori ineligible to participate in the forthcoming poll.

The judge upheld Edevbie’s case but did not declare him or anybody else as Oborevwori’s replacement.

The judge ruled that it was premature to declare anybody as the party’s candidate when INEC had yet to officially publish the name of the party’s governorship candidate.

He also did not order a fresh primary election.

But challenging the verdict in his notice of appeal, Oborevwori said the trial judge, misdirected himself by wrongly assuming jurisdiction to hear Edevbie’s suit.

He argued through his lawyer, Joe Agi, a senior advocate, that no cause of action had arisen to give the plaintiff the right to sue over the candidacy when INEC had yet to publish the name of the party’s candidate.

The appellant argued that unless the political party sponsoring a candidate submits the name and INEC publishes the name accompanied by a High Court affidavit indicating that he or she has fulfilled all the constitutional requirements for the election, “that is the only time the court can be approached not before”.

He also argued in another grounds of appeal that the trial judge erroneously agreed with Edevbie that he failed to meet the constitutional requirement of sections 177(a) and 182(1)(j) of the Nigerian constitution because of his use of forged certificates.

Oborevwori, who denied submitting forged certificates to INEC, contended that the requirement of sections 177(a) and 182(1)(j) of the Nigerian constitution could only come into play “upon presentation of a forged certificate to INEC and no other body or person which is not the case before the court.”

He said the court “makes mockery of the law” by relying on the documents he submitted to INEC in 2018 for his election to the Delta State House of Assembly of Delta State or to the PDP on April 30, 2022, which was “way after 14 days of the filing of the suit” contrary to section 285(14) of the Nigerian constitution.

The appellant also argued that the judge erred in law by holding that he did not challenge the claims that his certificate was forged.

He said the burden of proof “is on the plaintiff and not on the weakness of the case of the defendant.”

He also faulted the court’s decision for holding that the plaintiff “has proved his case and therefore entitled to judgement”.

He also contended that the trial judge erred in law by glossing over his explanation of the discrepancies in his name backed by a government gazette in a reply he filed on June 17, 2022.

Oborevwori, therefore, sought an order granting his appeal and setting aside the lower court’s judgement.

In a separate application filed at the Federal High Court, the appellant sought an order of stay of execution. He said the judgement, if not stayed, would render the appeal an academic exercise.

It will be recalled that the plaintiff Edevbie came second behind Oborevwori in the May 25, 2022, primary election of the PDP.

He sued Oborevwori, PDP, and INEC as 1st to the 3rd respondents respectively.

According to the plaintiff, Oborevwori used the names: Oborevwori, Sheriff, Francis and Orohwedor interchangeably in his certificates submitted to INEC in violation of the Nigerian constitution and the Electoral Act.

He contended that Oborevwori was not eligible to participate in the primary election on the grounds of the alleged discrepancies in his academic qualifications.

(Adapted from a report by Premium Times)

Borno NMA Commends Zulum for ‘Creating Conducive Atmosphere for Us’