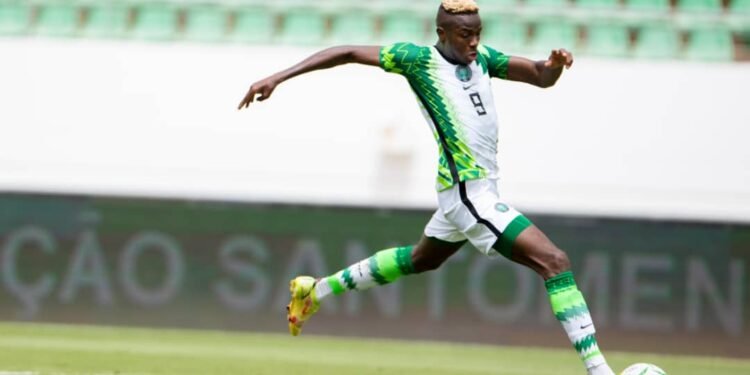 Dikko made this known on Monday in an interview with the News Agency of Nigeria (NAN) in Lagos after the AFCON 2023 Qualifier between the Super Eagles and the Central Africans.

NAN reports that the Super Eagles of Nigeria produced a five-star performance at far away Grand Stade Agadir, also known as Adrar Stadium where they overwhelmed  their opponents.

The Group A qualifiers in Morocco underscores another big win for the Super Eagles since Nov. 28, 1959 when the national team (Red Devils) also registered a 10-0 win in Lagos over their neighbours, Benin Republic.

Napoli FC of Italy’s goal poacher, Victor Osimhen,  was a four-goal hero when he scored in 9th, 48th, 65th and 84th minutes of the encounter.

Ligue 1 FC Loriente striker, Terem Moffi added spice to the goal rush with a brace in 43rd and 60th minutes.

An ecstatic Dikko also assured that the Eagles would continue with the momentum after harnesing six points from the two matches played so far in the AFCON qualifiers.

“It is a good win for us and a morale booster for the team. I should say that it is a welcome development, the players are good individually.

“We need this type of win for the team to boost the confidence of the players; we can see that we have different goal scorers in the game as well.

“The win will surely send a message to other teams about the Eagles because every of the players performed well and it is difficult to single a player out for credit.

“We are happy that we are getting the results and so far so good things are getting in shape,” he said.

“The Super Eagles coach is performing well so far, he is stabilising the team, bringing the desired competition and discipline in the team.

“The coach is sound tactically and also brilliant, taking things one step at a time. I believe that if he continues in this fashion, greater things will be accomplished.

“I love the competition in the team,” he said.