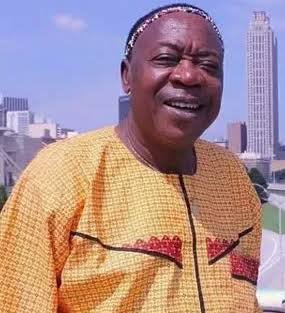 A Benin musical legend, Ambassador Osayomore Joseph has reportedly passed away. He was 69 years old.

The ‘Ulele’ crooner, known for his ability to deliver good music in Benin dialect, is said to have passed on Saturday.

Reports say the music legend has been sick. He reportedly died at the University of Benin Teaching Hospital, UBTH, after a protracted illness.

Some prominent Edo indigenes who appreciate Joseph’s good music have since taken to social media to mourn the deceased.

Born in Ugha village near Benin City, Edo State, Joseph was one of the early pioneers of African popular highlife music.

His educational, anti-corruption and government critical lyrics sung in Edo but also in pidgin English reached a wide audience worldwide.

His demise is coming barely a year after another prominent musician, Sir Prof. Victor Uwaifo passed away.

2023: Why Rivers Elders Are Ganging up against Me – gov Wike opens up

2023: We Need the Nigerian Dream and Identity — opinion by Fredrick Nwabufo