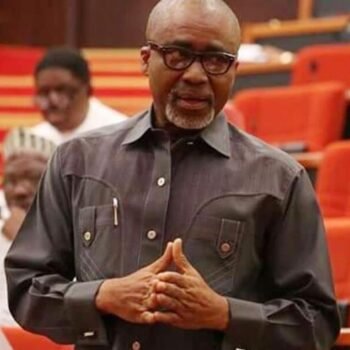 According to a report by an online medium News Express, the PDP former frontline governorship aspirant has already picked the APGA senatorial form and is set to contest the party’s primary election holding today, Friday 27 May, 2022.

Abaribe had suffered a double loss in the PDP after being stopped from returning to the Senate by Governor Okezie Ikpeazu, who has since picked the PDP ticket, while also being zoned out of the 2023 Abia governorship race to pave way for the emergence of Ikpeazu’s man, Prof. Uche Ikonne.

With Abaribe likely to grab the APGA senatorial ticket for Abia South, the battle-line is now drawn between the Senator and Governor Ikpeazu, his Ngwa brother from the same community.

The Nigeria Medical Association (NMA), has cleared the air over the exact number of months doctors in Abia State are...

Buhari Says ‘No Alternative to APC Victory in 2023’