BREAKING: Buhari Jets Out of Nigeria to UAE 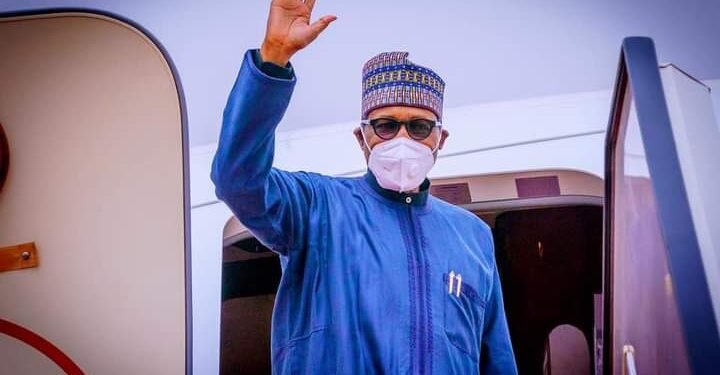 President Muhammadu Buhari will on Thursday(today) jet out of Nigeria on a two-day visit to Abu Dhabi, the capital of United Arab Emirates (UAE).

This was confirmed in a statement issued by Senior Special Assistant to the President on Media and Publicity, Mallam Garba Shehu.

According to the statement, the President “will also extend his congratulations to the new President, renewing bonds of the longstanding friendship between Nigeria and the UAE.

“The President, in an earlier congratulatory message to the new UAE leader, had reaffirmed Nigeria’s cordial relationship with the country, noting that the cooperation between both governments have helped Nigeria in tracking down illegal assets and tracing terrorist funds.

“Under the new leadership, President Buhari looks forward to a bigger and stronger partnership for peace, stability and prosperity of both countries”, Garba added.

The President is expected back in the country on Saturday.

The Federal Government has described as ‘fake’ purported list of nominees for national honours circulating on social media. This was...

2023: Buhari’s Successor to Emerge through Runoff?

Buhari Jets Out to U.S. for 77th UN General Assembly