2023: Jonathan Rejects APC Form, Says ‘They Are on Their Own’ 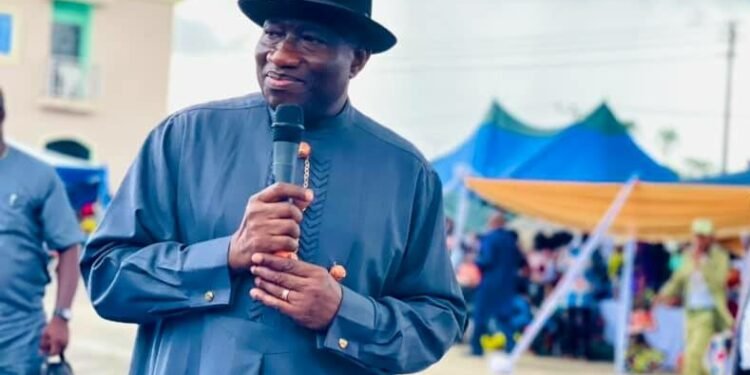 An aide to the former President Goodluck Jonathan has dissociated his boss from the N100 million Nomination form, which he said was simply bought in his name on Monday.
Jonathan, who was President from 2010 to 1015 before he was defeated by the incumbent President Muhammadu Buhari and his All Progressives Congress (APC) in 2015, is seen as  a  leader of the opposition People’s Democratic Party (PDP) the platform under which he was president.
In a telephone chat with journalists shortly after the news of the alleged payment of N100 million for the APC nomination form broke, Jonathan’s spokesman, Ike Eze,  said:  ”Don’t mind them; they are on their own.”

A coalition of northern socio-cultural groups has purchased the All Progressives Congress (APC) N100million Expression of Interest and Nomination forms for Jonathan to contest for the 2023 presidency.
The groups, said to also be of Fulani extraction, picked the forms from the party’s organising secretary at the International Conference Centre (ICC) in Abuja, on Monday evening.
There have been speculations that Jonathan was preparing to defect to the ruling All Progressives Congress (APC) and seek the presidential ticket of the party.
However, some Nigerians, including human rights lawyer, Femi Falana, argued that his candidature would breach the constitution.
Falana had based his position on Section 137 (3) of the Constitution, which provides as follows: A person who was sworn in to complete the term for which another person was elected as president shall not be elected to such office for more than a single term.

•Text, except headline, courtesy of TheCrestNg

Facts and Fiction about  Nollywood’s Incursion into 2023 Guber Elections, By Magnus Onyibe