2023: Peter Obi Insists ‘I Have Capacity to Fix Nigeria’s Challenges’ 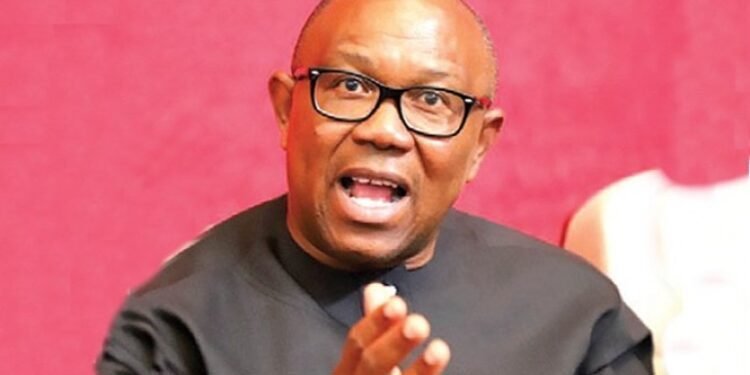 Former Governor Peter Obi, a presidential aspirant on the platform of the Peoples Democratic Party (PDP) says he has the capacity to fix the political and socio-economic challenges of Nigeria.

Obi made the declaration at a meeting with the PDP stakeholders in Oyo State, on Tuesday at the party’s Secretariat in Ibadan.

The News Agency of Nigeria (NAN) reports that Obi, accompanied by his Special Adviser, Tony Obinuju and a former Presidential Aide, Dr Doyin Okupe, was received by the party leaders led by the State Chairman, Dayo Ogungbenro.

Obi said Nigerians needed to make informed decision that would produce a president with capacity to fix the socioeconomic and political challenges bedeviling the country.

He said that as the Governor of Anambra for eight years, he built stronger institutions in the state, promising to replicate such as president of the country when elected.

Obi, who also was the Vice Presidential candidate with Atiku Abubakar on the platform of PDP in 2019, said that he leveraged on his experience as a captain with focus, integrity, tested resource management skills and contentment to achieve the feat.

He said that U.S. was one of the countries in the world with stronger institutions, adding Americans rose and stood their ground when a former president of the country got it wrong.

Obi said that a society would work, only if people pursue the cause with strong determination.

He said there was no consensus in the North, adding that there were no fewer than 12 presidential aspirants on the platform of the PDP.

“On the issue of consensus, let me be honest with you, in the North, there is no consensus. The aspirants from the North are 12.

“In America, 30 people contested the election. In the South, how many of us? We are barely about eight.

Obi said that his visit to Ibadan was to introduce himself and tell the stakeholders his background for people to make informed decision.

“All I have come here to do is to introduce myself. Oyo State, I have introduced myself, told you my background. If anybody gives you money, take it. It doesn’t matter.

“It might be our money and it may not be. Everybody needs money now. If you want to buy bread, a life is now N500 and you must get two.

“Everybody is expectant now. But I beg you, make an informed decision, such that you will be able to say these my children can live in a better society,” he said.

Obi recalled how he used to carry his bag himself as the Chairman of a commercial bank and as Governor.

He added that when he left the corridors of power, it was not difficult for him to carry his bag because he had a realisation that power was transient.

NJC Issues Warning to 2 Judges, Places One on ‘Watch List’

Consensus: Adamu on a Frolic of his Own, says Southern Govs