Why Dreamworld Insists EFCC Should Revisit Petition against Sacked MD 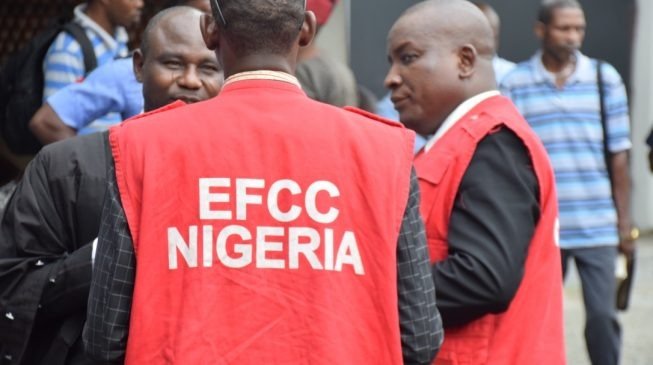 A Nigerian company which specializes in the promotion of tourism in the country, Dreamworld Leisures Limited has given reasons why the company is insisting that the Economic and Financial Crimes Commission (EFCC) revisit its earlier petition sent by the board over alleged financial stealing of funds and share manipulation scam by its sacked management.

The organization raised concerns that the commission refused to act on a petition filed by the board but chose to expedite action on the petition presented to it by the management team.

Following the petition by the sacked managing director, a retired administrator was docked alongside two others, Felix Onyakhamoh, a former staff of a Bank, and one Adewale Mesioye.

The duo of Onyahkhamoh and Mesioye, alongside a board member of the company, Lt Col Paul Edor Obi (rtd) debunked the charges in the said petition, and rather demanded the EFCC to revisit a petition sent to the commission earlier

A statement issued by the Chairman of the The Board of Directors of the firm, Wale Mesioye, obtained by Journalists in Abuja said the petition detailed weighty infractions against the management including alleged share manipulation, money laundering, sale of company assets without the knowledge of the board, among others.

Mesioye said the Board had, in the petition to EFCC in 2019, intimated the commission and raised the alleged infractions of the then managing director including forgery of several board resolutions, unapproved sales of landed property of the company, diversion and embezzlement of the proceeds from the previous sales of land belonging to the company.

Others, according to him, included suspected money laundering, diversion of company funds to accounts of companies owned by the MD and his wife.

READ ALSO  Obasanjo: If EFCC Had Done its Job, Most Presidential Aspirants Should Have Been in Jail

There were also alleged conflicts of interest by granting contracts to companies belonging to the MD and his wife.

Other allegations included, “Concessioning of the company’s land assets to a third party company in which the managing director owned majority shares without any full disclosure to the board.

“Unilaterally approving expenditures and projects without recourse to the board.
Frustration of efforts of the board to conduct thorough forensic audits of his stewardship.

“Manipulation of shareholding of the company aimed at takeover of the company by the managing director and and family to the detriment of other directors.”

The statement said the EFCC failed to act on the earlier petition submitted to it by the board but instead quickly worked on the petition by the management.

Mesioye said, “The board consequently wrote a petition to EFCC, highlighting all the aforementioned infractions but unfortunately, the petition did not receive any diligent investigation and prosecution.

“Surprisingly, the managing director submitted a petition to EFCC in 2021 and such was given accelerated and diligent investigation.”

He, therefore, called on the EFCC to revisit the petition.

“We the members of the board of Dreamworld humbly make the following demands:

“We call on EFCC to discreetly investigate all sides to the matter and for all parties, including EFCC to desist from media trial of the board of directors, as such acts impede on board members reputation even when they are innocent”, he said.

According to Lt. Col Paul Obi (rtd.), and a member of the board, “following the above action, the board further took steps to regularize resolutions that had been previously passed, but were not implemented by the former MD.

“It is these resolutions that have to do with registration of shares and change of Directors that have either left or those that are deceased. This was and is the bone of contention and the subject before EFCC.

“It should be noted that my action in the company has nothing whatsoever to do with my tenure as Military Administrator of Bayelsa State, where I served from August 1998 to May 1999.”

He said: “More so, this is not a case of corruption nor graft as insinuated in the media. Critically there is no way an internal dispute over shares can be equated as an economic or financial crime as has been reported by the media. While I, and other Directors will defend ourselves legally, the facts of the case need to be made clear that this is purely a case of internal dispute among shareholders.

“As mentioned earlier all the shareholders that invested in this company have suffered financial losses due to the gross mismanagement of the Company by the former MD, the details of which are with the EFCC. I am aware that these publications were sponsored by those that want to divert attention from the real issues of Dreamworld Leisure’s Limited.

“It is also incumbent on me to set the records straight and present the facts before the public, failure of which my hard earned reputation will be damaged before the eyes of the public,” Obi explained.

The Ogun State House of Assembly Speaker, yesterday, cancelled its scheduled sitting following arrest of the speaker, Olakunle Oluomo, by...

N80Bn Fraud: He’s Not One of Us, ICAN Disowns Suspended Accountant-General

Police: We are after Foreigners Operating Okada in Lagos