Messi Hit by Flu, Must Miss PSG Trip to Monaco 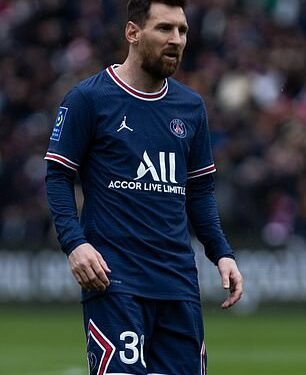 Lionel Messi’s stop-start Paris Saint-Germain (PSG) career has stalled again, with the superstar forward ruled out of Sunday’s game at Monaco by illness.

The Argentinian was absent from training on Saturday due to flu, and PSG have confirmed he is out of their plans for the fixture.

PSG came into the weekend with a 15-point lead over nearest rivals Marseille and Nice at the top of Ligue 1.

Already this means Messi remains on course to land a major trophy in his first season at the Parc des Princes.

However, the former FC Barcelona captain, who scored a record 672 goals for the Catalan giants, has struggled to make the impact he would have wanted in the French capital.

To date, he has only two Ligue 1 goals from 18 appearances, although he has managed 10 assists and hit the woodwork eight times in the competition.

Injuries and illness have hampered Messi’s progress, and now PSG will hope his latest absence is a short one.

Without Messi, PSG still have a substantial attacking threat.

Kylian Mbappe, who began his career at Monaco, has scored nine goals in eight games against his former employers in Ligue 1, netting more only against Dijon (11).

Indeed, Mbappe has scored PSG’s last five goals against Monaco in the competition.

Head coach Mauricio Pochettino is set to take charge of his 50th game as a coach in Ligue 1.

He averages 2.29 points per game in the French top-flight.

Only his two predecessors at PSG, Unai Emery and Thomas Tuchel, have a better points-per-game record in the history of the league.

This is based on a win being worth three points, and both are with 2.37 points per game.