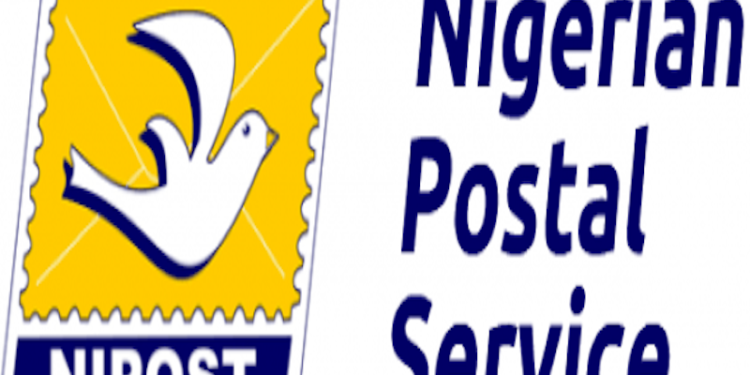 The appointment of Director of Finance and Investment – a level 16 officer or a deputy director to boss over a level 17 officer or a director in NIPOST is described as not only an abuse to the laid down rules of the Nigerian Civil Service but setting a bad precedence for the future of the organization.

According to a staff of NIPOST, who did not wish to have his name in print, “This is the first time we are seeing a complete disregard to lay down procedure and they are doing it with impunity in NIPOST. Staff are not happy with this development as only one region is having all the juicy appointments. It is sad but the people who are supposed to fight this are supposedly involved.”

He said, the coming of the PostMaster General has changed the direction of NIPOST from a national inclination to a regional one. “We have written petitions and we are going to fight this with the hope that this tribalistic attitude will not continue for the future of this organisation.”

While showing a petition written to government and agencies fighting misdoings in organisations, it was observed that the same Finance Director Mrs. Roseline Olurinola was also alleged in the petition to have been operating a GTBank account No. 0024254992 where she was alleged to award contracts to herself using different companies.

The petition, which was said to have been sent to the Minister of Communications and Digital Economy, The Secretary to the Government of Federation, The Head of the Civil Service of the Federation, EFCC, ICPC and Transparency International seeking their intervention in the NIPOST administration particularly called for the EFCC to come in and investigate Mrs. Roseline by checking into her accounts before she ascended to the current position of Director of Finance in NIPOST.

“We believe this will open a CAN of worms on the management especially the NIPOST Boss, Dr. Islmail Adewusi. For example, to mention a few juicy positions given to a particular tribe and his associates contrary to civil service rules are the positions of Directors: Finance and Investment, NPI, EMS, Bulkpost, Philatelic, Mails, E-Commerce, Courier and Regulatory as well as Manager- IMPC to mentioned but a few.” Another source told our correspondent.

According to him, there are a lot of scandal presently in NIPOST which call for urgent intervention as staff are being fed up with issues of sectionalism and tribalism in the organisation which are being promoted by the current management in NIPOST

“Petitions have been written and sent to various federal government establishments. We have made copies to the SGF, HOS, EFCC and ICPC as well as the Transparency International. However, we were informed that a certain individual in the government wants ICPC to downplay action over our petition, which is already undergoing investigation of persons involved,” he added.

Our correspondent, who was in NIPOST headquarters earlier to get some response from the top management, whose names were being mentioned could not be able to speak with any, despite frantic efforts to speak with the PostMaster General or the Director of Finance on the weighty allegations.

Also at the Nigerian Postal Services, NIPOST, staff have raised concern over fraud being perpetrated in the organisation through the movements of mail under Dr. Ismail Adewusi, the current PostMaster General.

According to the petition, “every week requisition for funds to effect payment of Mail/Cargo conveyance was being approved but regrettably the money will be released to one particular contractor – Hamrash Global Resource Limited with Zenith Bank Account Number: 1013409561.

“Painfully, the money collected by this particular company will not be utilized for the purpose it was meant for. Also a company named Pelican Logistics Limited with Account Number 1014398677 at the UBA Bank was believed to be one of the accounts the NIPOST boss uses to siphon money from the organization.

“It baffled staff to note that despite the fact that money is being paid for mails movement especially overseas Mails yet the NIPOST Management never asks why these Mails are not moved or delivered to their destinations. For Example, there are Mails meant for Australia since September 2021 to date, Canada since September 2021 to date and United States from 20th November, 2021 to date. All these Mails were not delivered but funds were released to these companies purportedly contracted for mail delivery.

“Services were not attended to yet the NIPOST Management did not care. It will interest you to know that one of these companies (PENICAN) is receiving from NIPOST every month hundred thousands of US Dollars for conveyance of Mail Overseas yet the company does not render the services allowing Mails to be wasted and infested by maggots.” The petition was revealed.

Our correspondent who spoke to some of the staff of the organisation on phone confirmed that a lot has been going on in NIPOST lately.

According to the staff who pleaded for anonymity, “Already there is a petition in the ICPC and EFCC to look into the issues of fraud in NIPOST. Many Nigerians may not believe that NIPOST is making money but when they know the number of letters that are supposed to leave the country on a daily basis, they would know how money has been coming in and going into the pockets of very few individuals.

“Another thing is that people due send their mails for delivery abroad and many will come asking that the mails were not delivered and at the same time such mails were not returned to the owners. Well, If you go to the NIPOST Ware Houses that might explain the reasons behind this missing mail perhaps. I think Nigerians should help us find out from the Management of NIPOST what they do with the money paid for such delivery of mails and why they are not delivered but like I told you, when you go to NIPOST Ware Houses in Abuja and Lagos you might come up with more stories.” He said.

Effort to speak to the management did not yield result as they were said not to be available to speak to press.

The Labour Party in Nasarawa State has refused to accept the suspended State Chairman of the Young Progressives Party, YPP,...

How Nigeria can Overcome Corruption, other Challenges — Okonkwo