2023: Be Concerned about Your Successor, Stakeholders Urges Buhari 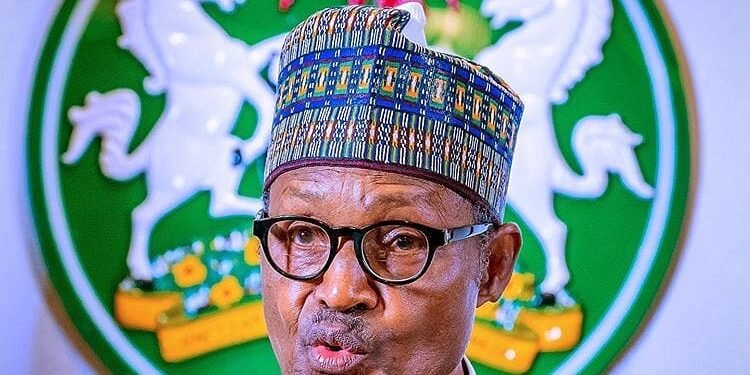 Some stakeholders have urged President Muhammadu Buhari to ensure a successor that would sustain the many legacies he had achieved during his administration.

They said this during the monthly National Policy and Development Summit (N-PoD) held in Abuja on Tuesday.

The theme of the summit is ”Strategies for Sustaining the Enduring Legacies of President Muhammadu Buhari.”

Sen. Ita Enang, Special Adviser to the President on Niger Delta, said one of the greatest achievement of President Buhari is to be interested in who succeeds him.

According to him, the best of Buhari has been delivered and if we are not interested in who succeeds him, then all of this will be drawn back years behind and it will be destroyed.

”So we should jointly add as part of the resolutions here that Mr President, should in a democratic process to which he is an apostle be interested in who succeeds him.

”He should be interested in who has the same character/conduct, the same ability, mental state, clean hands and vision of what the country should be to succeed him,” he added.

Enang said that one of the ways in which the legacies of the present administration could he sustained was to reduce the various programmes to legislation, so that most of the policies would succeed him.

He commended the president for adopting innovative ways of solving the infrastructural problems in the country.

He also praised Buhari not undermining any arm of the government and for ensuring each of them operated to its optimal.

On the Electoral Act, Enang urged the NASS to ensure that the content does not violate provisions of the constitution or be another land mine in the electoral process.

On security, Enang said that rather than establish more security agencies, the available ones should be merged and strengthened.

”I have been consistently of the opinion that you don’t have to establish another institution when one institution have failed, you have to make that institution work,” he explained.

For his part, Mr Mainasara Umar, a Public Sector Analyst, also said that it was important for Buhari to be concerned about who succeeds him in office.

”President Buhari should withdraw his last statement that he doesn’t care whosoever succeeds him.

”You have to be concerned about who your successor is, a true leader is somebody who is always trying to mentor followership, to mentor other people.

”We want to see thousands of President Buhari that is being acclaimed as one of the best materials in the world.

”We want to see how many among the ministers, ambassador and the like are up to President Buhari’s standard, are up to his intellectual, belief and have taken leadership as service rather than investment.

”So you need to mould, shape and groom so many of your type so that they will be able to take over, do more and take NIgeria to greater heights,” Umara said.

He said it was important for the government to create a body to look into other crude oil products like gasoline, gas, diesel, coal, tar and the like as they are also components of revenue generation.

Umar said that government should give priority to solid minerals wasting in the ground and also ensure any attempt to divide the country is looked into accordingly.
He said those trying to organise census should reflect the mood of the nation and do more of sensitisation.

He also appealed that the country’s judiciary be readdressed, urging for the establishment of Anti terrorism and cyber crime courts.

”We need to also unbundle the Supreme Court, either have regional components or establish courts of specialisation so that there will not be stagnation of matters.”

Similarly, Mr Ron Verreneault, the Managing Director, V-Quality Technical Consultants Ltd, also reiterated the need for the legacies of the present administration to be sustained.

While speaking on power sector operations in Nigeria, he said if we prioritised correctly and ensured best practice, the sector would thrive.

Earlier, the convener of the summit, Mr Ibrahim Bapetel, who is Special Adviser to the President on Policy Development and Analysis, said the aim of the summit was to discuss ways of sustaining the legacies of the present administration.

Bapetel said:” We have topics every month to discuss with Nigerians and ask questions about the policies and programmes of President Buhari.

‘Buhari’s tenure is coming to an end and so we need to start collecting his legacies and find ways to sustain them.

”We hope that with the media here, they will help ensure the message of today is transmitted to Nigerians.

”Moreso, a report would be drafted to the Secretary to the Government of the Federation and the President on the resolutions reached at the end of this summit.”

The one-day summit was attended by key stakeholders and players in the country.

Wizkid, a Nigerian superstar, has vowed to retire older Nigerian politicians at the upcoming 2023 polls. He made the remarks...