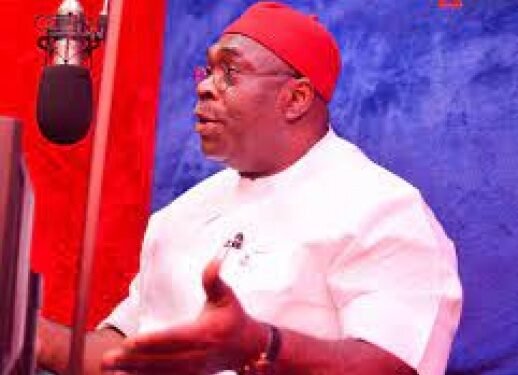 A chieftain of the All Progressives Grand Alliance (APGA), in Abia State, Sir Chikwe Udensi, has faulted the existence of 34 ministries in Abia State with 17 local government areas, describing it as unfortunate.

According to Udensi, a governorship aspirant, said the development leaves most of the ministries redundant, doing nothing and non-functional.

Speaking on a radio programme, Open Parliament streamed live by ABN TV on Wednesday, the APGA Chieftain stated that a Deputy Director of the Ministry of Works told him that they don’t have information on the award of contracts and how the contracts are being carried out.

He said when he went to the ministries in disguise to obtain information, he discovered that some of them were not functional, adding that some past commissioners informed him that they were being owed about 7 months’ allowances before they left office.

He further added that most of the existing ones do not have furniture in their offices.

“It is not just creating them. Are we utilizing them for the proper oversight function where they ought to do their various jobs in the state? That is where the problem lies and I am so disturbed.

“If you are going to have o yes people as Commissioners, then the problem will continue, the governor may not be able to know exactly when he is wrong,” he said.

He also advised that only people who have a track record of performance ought to be appointed as Commissioners, stating that Anambra, Imo, and Enugu with more local governments have fewer ministries than Abia.

The chieftain said more than half of the ministries were redundant, revealing that a Director in the Ministry of Health told him that he does not have any idea of what goes on in her ministry, insisting that there is a need to put the right person in governance to solve the enormous problems bedeviling the state.

The Nigeria Medical Association (NMA), has cleared the air over the exact number of months doctors in Abia State are...