Searching for ‘Dan Amanar’ of Nigeria 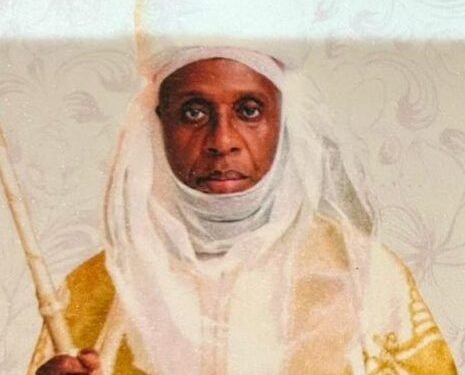 Symbols, like gestures, are central features of organised human society. They are crucial for constructing or interpreting meanings and ideations. Few universal symbols permeate all cultures and communities, but most symbols found their usage and resonance within specific societies. Humans across generations have used these symbols to communicate meaning and essence ,shape and define perceptions and sentiments across vast territories. Besides, symbols and symbolism permeate all aspects of our social, economic, religious, and political existence. Symbolisms in politics are germane and powerful in negotiations and struggle for power. In the combat for power, albeit democratically, symbolic meaning is created and reified to achieve  a given significance and help political actors make sense of the political ecosystem. But, despite this crucial role in shaping political perception and understanding, there is never a single interpretation of a political symbol that everyone within the community will accept, and how symbols can mobilise antagonistic political factions demonstrates that they are as much a central element for power struggles as they are avenues to facilitate processes of identification.One potent symbol across all human societies is the name. “What is in a name?” asks Juliet in Shakespeare’s famous Romeo and Juliet play. “That which we call a rose by any other name would smell just as sweet.” This quote emphasises the arbitrary nature of a name or label compared to the intrinsic qualities of the person or thing. Nonetheless, a name matters! It goes beyond identity and speaks to the divine and social recognition and acceptance markers. Names, titles, and other nomenclature are markers; pointers to our desires, expectations and in the case of titles reward for positive actions and attributes exhibited by the recipient of such titles. The immateriality of a name or title and the intrinsic value attached to it lends to its inestimable value. This is deeply rooted in Africa.

In Ibani-Ijaw, Amaopusenibo as a title conveys  a message of a statesman who is expected to live above board  on matters requiring integrity. In Igboland, Ugwu Mba title symbolizes a man who has brought pride to the community. The Yoruba will honour a man with the title of  Olu Omo if he is believed to be a distinguished son who has impacted positively on the community. In the common Hausa language usage, Dan Amanar references a trustworthy man, a man of noble character and carriage, a confidant or, an honourable gentleman whose words can be relied upon. In almost all sub Saharan African societies ,whoever is conferred with any of these traditional titles  has a responsibility to defend the meaning and import of the honour so done and live up to its significance.  Over time and with huge western influence, there has been a lot of dilution and erosion of values and import but it has not diminished the cultural and society’s expectation of statesmen so honoured. Names and titles also have political connotation  and creates perception which may be positive or negative, real or surreal.

The late Moshood Abiola was literally honored by all major ethnic groups in Nigeria. Before his death, he was conferred with not less than 197 titles by 68 communities across Nigeria. Abiola was generally perceived as a generous and  selfless man who was a unifer and defying tribe and tongue. He was generally seen as a war general some say from a financial capacity perspective but also plausibly from a philosophical perspective. This perception of late MKO Abiola influenced the titles he was conferred by the communities and explains his acceptability across all divides when he contested for the presidency in 1993. Despite  what many consider the bastardization of traditional titles, traditional institutions have an obligation to recognize excellence , performance and selfless service  to create incentive for citizens to aspire to deliver the highest level of service in all endeavours of life . They can also validate the performance of officials in the executive and legislative arms of government , and by so doing complement the force of public opinion. It normally will take rigorous scrutiny and liberal view to arrive at choices that will match meaning with persons. I believe this is the idea behind the Daura emirate making a conscious but politically relevant decision to honour one of the outstanding sons of Nigeria.  The emirate council has carefully chosen to confer the title  Dan Amanar of Daura Emirate on Rt. Hon. Chibuike Amaechi, the Hon. Minister of Transportation.

The choice of Dan Amanar Daura is significant for many reasons . Typically , your expectations is that the title will be reserved for sons of Daura from a narrow perspective of biology or filial relationship but this is not the case . Daura emirate understands that the problem in Nigeria today is not where any one is born or his/ her parentage, but that of quality leadership with character and competence .The new definition of “son” extends to any one who has right standing in character , exhibits unparalleled passion for promoting national unity , serves faithfully and  has capacity to perform in any duty assigned to him/her. They found one from the deep southern part of Nigeria, shoved in between the creeks of the Niger delta and the hills of Igboland . Daura emirate, incidentally the home emirate of the President who has been accused by his unrepentant opponents as a symbol of nepotism and champion of northernization agenda , is displaying to the world it’s unassailable believe in the unity and oneness of Nigeria . Daura is also making a statement that when we see excellence , selflessness and principled leadership we can recognize one and celebrate same . It is believed that Amaechi’s recognition and honour by the Daura emirate comes in as an acknowledgment of his contributions to national development . That the honour is coming from far away from the minister’s home base of south south makes it more nationally significant . The  honour’s national appeal clearly overwhelms its narrow immediate political translation.  Beyond the rhetoric of the localism of Dan Amanar of Daura is a broader need for a Dan Amana of Nigeria. At this stage in Nigeria’s political history, with all the overarching problems of insecurity, call for restructuring, secession, Boko haram, and economic quagmire, we need a trusted son of Nigeria to rescue Nigeria from this road perdition. This person must be a true Nigerian and have the experience and leadership qualities to lead Nigeria now. The ideal person will have the courage to stand for justice and fairness and the sagacity to command the loyalty and respect that the office of the President deserves. Nigeria PLC needs a proper manager and leader. A non-materialistic president who does not engage in primitive accumulation of wealth. A president that will delegate responsibility to capable lieutenants who will manage the Nigerian economy well. Nigeria needs a leader, willing to lead and sparing no cost for the common good. The 2023 elections allow us to search deep and find one. Our collective destiny as a people is involved.Nigeria needs a patriot who will live above tribe, class, and religion. A patriot who envisions Nigeria as a land of limitless opportunities for all her citizens in the shortest possible time and must have the proven capacity to deliver on assignments with zeal as seen in the railway revolution going on in the country. We need a trusted son of Nigeria who is energetic with a profound belief in the Nigeria project. One has proven records of delivery and understands the linkage between politics, policies, and economic growth. Our country is at a defining moment, and anything short of a leader with a large heart, big vision, track record, compassionate yet courageous, and relevant experience will amount to opportunity forgone. One trusted son of Nigeria who fits this bill is Rt. Hon Chibuike Rotimi Amaechi, the current Minister of Transportation. He has defied tribal and religious consideration to earn a place as the Dan Amanar of the north most emirate of Daura. Now, he is yet to declare interest in the race. The quintessential CRA I know will not decide to contest lightly. He will commune with his maker and associates to a great deal before stepping out. A man who understands the place of his maker in his growth and political career,  he will only step out for the race when he is convinced beyond every doubt that it is the right thing to do and the right time to do it. He is not one for fanciful strategies and gimmicks. He is a goal-getter and relies on his gut feelings, experience, and God in his decision making.A cursory look into his political career reveals a man of destiny who, against all odds and political conflicts, has survived and thrived at the country’s upper echelons of power and politics. Power comes from God, and it is to whom He wants He gives it. If it is CRA’s destiny to lead Nigeria at this point in our history, he will surely triumph. An idea whose time has come cannot be extinguished. CRA is more than ably qualified to serve Nigeria at the highest levels. This honour bestowed on him as the Dan Amanar of Daura is a testimony by a people who have no reason other than to be objective in their selection. He was chosen because of his leadership qualities, that he is the man of the moment.At a time, Nigeria needs unity, peace, and progress; at a time, Nigeria wants to take back its glorious position as the giant of Africa; at a time, Nigeria is clamouring for equity, justice, and fairness; a man of the people has been identified. A detribalised Nigerian, a true leader , and a man of conviction and courage who does hesitate an inch to make difficult decisions for the benefit of his people has been celebrated. An ancient truism states, “What a man can afford is not greed”. CRA is qualified in all ramifications to be the President of the federal republic Nigeria. I pray that he should transmute to Dan Amanar of Nigeria – a trusted son of Nigeria who will lead us out of challenging moments to an era of glory like Moses or Musa. Daura Emirate reached out far-right through the streams and coasts of the Niger Delta to gift us a son, and history is watching whether we will seize the opportunity or not.

COP 27: The  Real Deal at the Red Sea — a review by Dakuku Peterside