Rural-urban Migration and Societal Dysfunction: Time to Walk the Talk 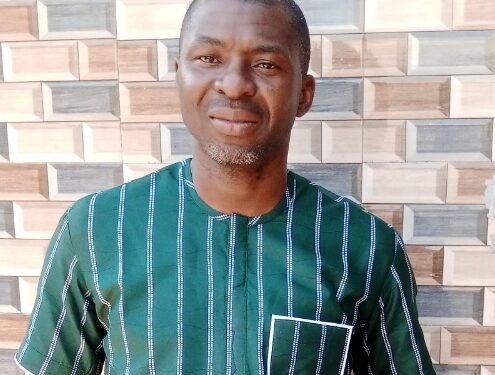 The inclination of every living thing to be fulfilled and comfortable in life is natural and may not be judged inordinate. This explains the rationale for the migratory tendencies of all living things, especially humans. All are in constant aspiration to seek and explore opportunities that guarantees abilities to become self-sustained, independent, and reasonable ease of life. However, such aspirations may not always be guaranteed in one’s own natural or immediate domain, hence the migrations or drifts. Interestingly, the drifts are normally in the direction of rural to urban centres. It also transcends international boundaries, as many crave to go abroad in search of greener pastures. All of these migratory instincts and interests are borne out of one primary purpose: to live a fulfilling and comfortable life. Unfortunately, comfortable living seems so elusive in rural areas and hence a rationale for the regular and rapid relocations. The rural areas are highly dependent upon for food and other primary resources, hence their importance in the overall social and economic well-being of nations can not be overemphasized.

All nations of the world, including the most developed and civilized ones have certain areas that are classified or designated as rural settlements. The criteria for such designations may vary from country to country. In some countries, some rural areas are so designated because they are carved out for some displaced persons. They may have also been because of the peculiar nature of such areas with respect to landscape, climate, or other factors, in which cases the existence of the settlements are primarily to facilitate harnessing of the resources therein. In some others, especially in the sub-Saharan /Africa region, rural settlements are typically natural habitations of a family lineage that has enlarged over a long period of time. The people in such settlements are often bounded by common traditional beliefs and mother tongue. The language however begins to see variations due to resettlements of some of its members far away from home for various reasons. Again, there’s usually contacts and alignments with other people from other places or settlements. Thus, over a long period of time spanning hundreds of years, pockets of settlements evolved all over and abound in no small measures.

The population of rural settlements are often dependent on their small scale agricultural and pastoral practices and have fewer community infrastructure systems than in urban settlements. The population densities are also quite low as compared to the towns and cities. However, given the fact that they abound in great numbers and scattered all around, their combined population density normally surpasses that of the towns and cities which are quite few. For instance, in Nigeria way back 2006, the national population census put the rural population at 70% as against 30% for the urban areas. Even with such huge difference, the fact that there already were some enormous burdens on the urban towns and cities was not questionable to the extent of nonchalance towards fixing the rural areas. This is because the population densities of the towns were already a threat to the social-economic order of the urban centres.

The towns and cities in Nigeria are quite few (sometimes not more than 3 in some states). This situation gave rise to the present high population densities of many, especially those ones that had great potentials for economic and social advantages, like Lagos. Ordinarily, the movement of people from rural to urban settlements was a very desirable economic venture. Manpower was required to cater for the emerging industries and associated services. The influx of migrants from the rural to the urban areas was a social-economic booster needed to ensure sustainable national optimum productivities. It was also envisaged that most crude methods of agricultural practices would be replaced by emerging advanced technologies and farm machineries. Unfortunately, unabated urbanization sprang up to an alarming rate that it sooner became a big problem. Facilities were not only over stretched; social peace and order became threatened and quite elusive.

The unabated surge of migrants to the urban areas has long given rise to a society that can best be described as chaotic and insane. Most towns and cities have been stressed beyond their planned capacities. Unfortunately, lack of foresight or deliberate inactions on the part of successive governments has left such towns and cities retarded. Environmental, social and economic quagmire persists unemployment, poor accommodations, dirty environments, slumps, traffic jams, thievery, armed robbery, prostitution and other social vices are usually the order of the day. Why then has it seemed impossible to dissuade people from thronging into towns and cities, away from the serenity of villages? And why does it seem alright for people to remain in towns and cities doing nothing and facing intense sufferings? The answers may not be far from the reality that the rural areas have long been neglected. In spite of the obvious infrastructural shortages in the various towns and cities, it is clear that nobody equally gives the rural areas a thought because of the total neglects. Inaccessible, lack of electricity, water and other necessities are not issues to cope with in the new age.

The continuous neglects of our rural areas in terms of developments are a complete disservice to the collective well-being of Nigerians and Nigeria as a nation. There is now such an unprecedented surge with so much accompanying social vices. The hitherto enticing good life associated with urban areas have become paralyzed. Relevant industrial and other activities in urban areas that necessitated migrations away from rural areas have also become gravely dysfunctional because of the often inabilities to cope with running costs: many companies have long gone moribund. So, the push for urban migrations no longer makes sense nor holds water, yet it has not abated.

It is therefore of utmost importance that the rural areas should be given the desired attention they deserve. Funnily, for decades this had seemed a laudable intention by the various regimes. For instance, nothing less than twenty-three different programmes had been initiated by successive regimes towards solving rural-urban drifts. These were with the knowledge that the neglects of rural areas have direct negative impacts on food security, nutrition and general health and well-being of citizens. Besides, dearth of primary resources from the rural areas puts productive ventures at bay, hence the calamities of unemployment, poverty and high level of criminality, insecurity, and social vices. Except something is urgently done to entice people back to rural areas, peace and social decorum would surely continue to be elusive.

To check the ugly trend, everyone must be ready to walk the talk. As usual, government must be at the forefront in efforts to reverse the present status. Government’s knowledge of what to do without taking the necessary steps and actions is a waste of time. Enough of pretenses and deceptions. It doesn’t take much to transform the rural areas towards ensuring ease of life. Firstly, promotion of agriculture and farming activities is very critical. For instance, 10,000 birds’ capacity poultry for every constituency would generate chains of employment in the locality. Same for other livestock. Farming must not be seen or reduced to planting of crops for the rural areas alone. Also, fixing the transportation and communication facilities is a needed incentive to call and attract some folks. There can be nothing as attractive as knowing that you can access your place easily. Again, improvement of infrastructural facilities like schools and health centres could be a game changer. Dysfunctional, dilapidated, and abandoned schools have left parents with no choice than sending their children and wards to schools in nearby towns. Besides, the absence of sports and recreation centres is a killjoy. Another measure would be to provide credit facilities to enable rural dwellers have easy access to finance. Finance could greatly empower gifted traders and business inclined persons to stock items that would make rural stay interesting and comforting for home comers. Then, it is necessary to make land reforms. The abundance of farmland in rural areas do not necessarily translate to being available for the able users. A system of ensuring that land is not left wasting because of non ownership is of economic gain to anyone. And, off course, ensure that farmers get value for their farm produce by possibly creating a buyer’s market. Furthermore, there is need to improve on security, to enhance peaceful co-existence. Security measures in rural areas is very important and must be a proactive thing. This is because, criminal acts could generate to a very long-lasting bad blood and history between families.

But, by and large, government is not solely responsible for these continuous neglects. The citizens have not faired better in this matter as they have not made expected inputs within individual and communal reach. To start with, for our desires to come to reality, everyone must be interested in fixing our leadership challenges. This would be in the form of deliberate and decisive efforts to be involved politically, at least through voting. When citizens shy away from politics, it becomes the monopoly of those profiting and turning it into business at the expense of the general citizenry.

Again, everyone, especially those privileged to have lived or living abroad should do a soul search. What has been their contribution to nation building other than their taking advantage of our weak currency to build big houses for themselves? What technology have they imported to enable them to establish small scale industries? How does it feel for one to know that the bamboo trees in his village are exported, only to be imported back as toothpicks for him to buy? The processing of farm products may not be of too much technology, yet hardly had one seeing moves in that direction by our people in diaspora. Same for those privileged rich. Must government do everything? Some in the diaspora will say the level of dishonesty in the land discourages them. Stories of corrupt sharp practices by those put in charge of such ventures abound. Perhaps, the news of the President’s approval of the Nigeria Diaspora Investment Trust Fund should be a needed tonic to reinvigorate the needed attention to critical sectors, including the fast extinction of rural settlements’ potentials. We must stop playing politics with rural settlements’ developments and walk the talk, else we fast track unabated hunger, sickness, poverty, gross criminality, and social disorders. The time to act is now and everyone must play their part.