Why APC will Field a Muslim-Muslim Ticket in 2023, Says Okunola 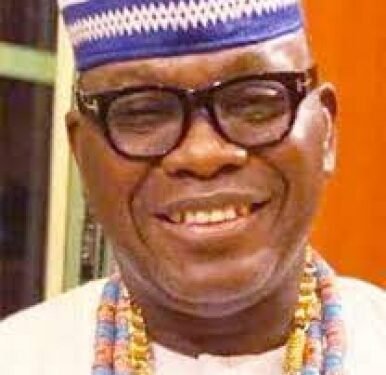 Hon Kunle Okunola, chieftain of the All Progressives Congress (APC) and convener of Tinubu Not Negotiable (TNN), a pro-Tinubu presidential support group, in this interview speaks on why he thinks Asiwaju Bola Tinubu is the best person to succeed President Muhammadu Buhari, why there will most likely be Muslim-Muslim ticket in 2023, among other issues.

You have been in the forefront of the campaign for the support of Tinubu’s presidential ambition, how so you feel now that he has come out to say that he wants to aspire to be president with his visit to President Muhammadu Buhari a few days ago?

That is what we have been waiting for. You can recall that we are the pioneer group supporting Tinubu’s presidential ambition. We saw the mission and when it came we knew it would be a process. I like the fact that our principal formally presented himself to President Muhammadu Buhari to know that he has interest in 2023, which means that the conspiracy that the party has engaged us for some time will have to straighten up. A lot of people are looking at the party, up till now we have not done our convention. The party has been run with impunity, after people have paid money to participate in the congresses, there was no positive result. We have 36 states in the federation and we have 74 state chairmen of APC across the country. Recently we heard Buhari said that if APC doesn’t come together, the Peoples Democratic Party (PDP) might win in 2023. These are the dangers that must have propelled our principal to declare his interest. He wants to go out and fight for the soul of the party so that the platform will be useful to him to contest the election. We all know that Asiwaju is the most popular candidate in Nigeria as of today. Any party which wants to win the election must take that advantage, and allow Tinubu to fly its party’s flag. When I started this campaign some years back, I said that I decamped from PDP to the APC solely to make Tinubu the President and that is our target. We have a lot of plans on ground and it is good that our principal has told the whole world through Mr. President that he is going to contest so nobody should be talking about declaration. It is all about consultation now and the best method to win in the general elections. Tinubu Not Negotiable (TNN) as the name implies is resolute that 2023 is certain for Asiwaju Bola Tinubu presidential ambition.

Some members of your part are of the view that with the declaration made by Tinubu concerning his presidential ambition that no other member of your party should throw his or her hat in the ring, in respect of the fact that Tinubu is a very ‘big fish’, but some others faulted that line of thought. What are your thoughts on that?

It is a fact that we don’t have any other candidate. All the people coming out apart from him are agents of one destabilising force or confusion. These people may want some cabal to fund them but now that the eagle has landed it is going to reduce the number of people who want to contest under our party. I am not talking about another platform, because some of them were acting in ignorance. Some of them thought that if Asiwaju is not going to contest, he could nominate them or support them, including the vice president. I read in one of the social media platforms that Osinbajo was made the campaign Director General of Asiwaju and I thought it was incorrect. What I know is that the action of Tinubu would have reduced the number of people who have intention to aspire even when they are aware that they lack the capacity to contest under our party. It will also afford us the opportunity to identify betrayers because in the North and South, nobody is supposed to sneeze when Asiwaju roars. The incoming President has sneezed and just like in the jungle when the lion sneezes other animals will catch cold. We are setting bait for them to see those who will oppose him. We want to set a bait to see those who will not even conform to his aspirations. When we started there was this speculation that Asiwaju didn’t tell anybody that he wanted to be president but we can see how things have played out. When Asiwaju becomes the president we will be able to further understand some of these people and also identify capable hands that can join hands with him to rule this nation. It is not about telling anybody not to contest; naturally a lot of ambition will die.

Some people still believe that with the wealth of experience that Osinbajo has as the vice president of Nigeria, he has what it takes to succeed Buhari. What is your view about that?

It is true that the vice president has what it takes to succeed Buhari but he doesn’t have the knowledge, capacity, resources and wealth of knowledge like Asiwaju does. It is true that he is the vice president of Nigeria but he has not mounted the seat of leadership. Also remember that it was Asiwaju that nominated him to be the vice president and as long as Nigerians are looking for the best, we shouldn’t go for substandard, especially now that Nigeria is bleeding. We need a proactive person who can quickly transform the country and heal most of the wounds that we have. It is not time for the boys or the time for trial and error.

When Asiwaju said that he was going to build on the achievements of president Buhari some Nigerians are not comfortable with that comment because they reasoned that looking at the state of the nation, there is really nothing good to build on. What are your thoughts on that?

It was a political statement because you wouldn’t want to rubbish the person that you hope to take over from and you expect the person to favour you. I don’t think that Asiwaju should make further comments relating to the issue of Buhari so that in one way or the other people should not start reading in between the lines. We know that Asiwaju will surpass whatever Buhari has put in place. Whatever achievement he has made or assumed to have been made, what our principal is saying is that he will surpass that and even if he hasn’t done much, he would put the foundation on ground. Nobody expects him to condemn the president because he contributed immensely to Buhari becoming the President of Nigeria. He has the capacity to heal the wounds, unite Nigeria and create an enabling environment for Nigeria’s prosperity. Those who found fault with his comment are agents of destabilisation. Asiwaju has said the right thing at the right time, which is what is expected of him.

During an interview with the President a few days ago he said that he was not going to name his successor because he was afraid the person would be killed. Some people are of the view that having had that meeting with Asiwaju and tactically supported his presidential ambition; do you think that the cat must have been let out of the bag?

READ ALSO  India Is Bringing Free Wi-fi To More Than 1,000 Villages This Year

We knew the cat and nothing was let out of the bag. What we expected of our principal, Bola Tinubu, was to have indicated his interest. It is not about the favourite. The President said that his favourite will not be revealed, so if Asiwaju has come now, It is no longer a secret. You all know that Asiwaju didn’t request for consensus candidacy because he has the capacity to be democratic and we are not bothered about that either. It was a good decision for him to visit the President early enough, discuss his aspirations. If Asiwaju is that favourite candidate I don’t see him as someone who can be killed. Nobody should entertain any fear about anybody eliminating Asiwaju. In the book written by Chief Bisi Akande, the elder statesman said that Asiwaju was the nominee for the vice president at the time that they were giving their support to Buhari. It was said that some governors were against Muslim-Muslim ticket. Have they forgotten about that part of the discussion? Since Asiwaju is going as President from the South, he will have a Muslim vice president from the North, so it is still going to be a Muslim-Muslim ticket in 2023. At that time when he had no power, he agreed to those governors that told him that Muslim-Muslim ticket would not fly and now that he has power, will he say that some governors will tell him that Muslim-Muslim ticket will not fly. Buhari and Tinubu would have worked together at that time and make Nigeria a better place, rather than bring someone who is junior to Asiwaju out of a compelling issue that it was a Muslim-Muslim ticket. In 2023, we wouldn’t want to make another mistake by bringing in a weakling because we don’t want to fly a Muslim-Muslim ticket.

Ogochukwu Isioma is a graduate of Linguistics from the University of Benin. With almost half a decade-long active journalism practice, Ogochukwu currently writes for MetroWatch. He can be reached via [email protected].

How Labour Party’s Peter Obi can Win the 2023 Presidential Election, by Law Mefor