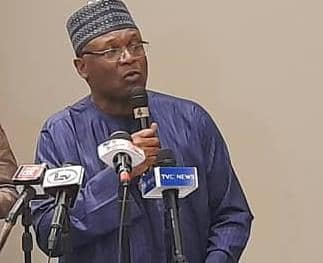 The Independent National Electoral Commission (INEC) has advised political parties to respect  chosen dates for Ekiti, Osun Governorship Election Primaries,  based on the commission’s timetable and schedule of activities.

INEC Chairman, Prof. Mahmood Yakubu, made this disclosure at the commission’s first quarterly meeting with political parties for 2022, on Tuesday, in Abuja.

He said that already, many parties had rescheduled their primaries several times, while INEC had earmarked a period of three weeks and four days (i.e. 25 days) for the conduct of the Ekiti  governorship primaries.

“Similarly, no party has so far submitted its list of aspirants, the composition of its electoral panel, or the register of members or list of delegates, depending on the chosen mode for electing its candidates.

“As at yesterday, only one party has indicated the venue for its primaries. I urge you all to do so immediately to enable us to work out the detailed plans for monitoring the primaries.

“All primaries for electing candidates must take place in the constituency where election will hold as required by law.

“In the cases of Ekiti and Osun  governorship elections, any primaries conducted outside the two states will not be monitored by the commission and their outcomes will not be accepted.

“This also applies to primaries for bye-elections conducted outside the constituencies,’’ Yakubu said.

On the Federal Capital Territory (FCT), Yakubu said that INEC had last week,  presented the register of voters to political parties.

He noted that the Permanent Voter Cards (PVCs) for new registrants, requests for transfers and replacement of cards, had been printed and delivered many weeks ago to INEC FCT office for collection by voters.

He stated that in the next few weeks, INEC would intensify stakeholder engagements, monitoring of campaigns by political parties and preparations for Election Day activities.

“On this note, I want to draw your attention to the distribution of voters to Polling Units in the FCT, particularly the fact that 593 out of 2,822 or 21 per cent of the total, do not have voters.

“This is because voters failed to take advantage of the expansion of access to transfer to these new Polling Units.

“The detailed distribution of voters to Polling Units in the FCT is among the documents in your folders for this meeting.’’

Yakubu assured party leaders that the Bimodal Voter Accreditation System (BVAS) would be deployed in the FCT elections, which is the second major election after the Anambra governorship election, held in November.

He said  the FCT elections which comprised 68 constituencies (six Chairmen and 62 Councillors) was another opportunity to pilot the efficacy of the BVAS in a different geographical, geopolitical and electoral context.

The INEC boss said the constituency covered extensive urban and rural locations,  sharing border with five states in the North-Central and North-Eastern parts of the country.

“The same technology will be deployed in all forthcoming bye-elections across the country.

“For all elections going forward, polling unit results will be uploaded in real-time to the INEC Result Viewing (IReV) portal,” he said.

By Olajide Idowu   The Palace of Aree of Iree in Boripe North Local Council Development Area of Osun,...