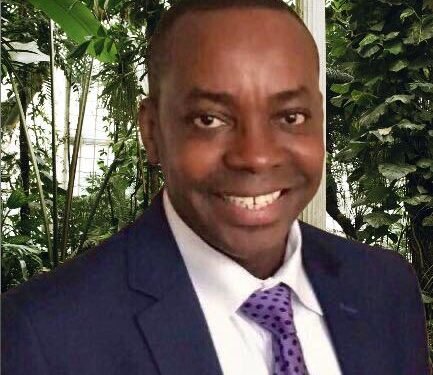 Alas! the magical year 2023 is a curtain away as Nigerians wait with bathed breadth to end the current malignant administration of the ruling octopus All Progressive Congress, APC. This amphibious political party deserve the award of the `All Time Best Opposition Party of the Universe`. The APC using mainstream electronic, print, and social media bamboozled Nigerians with their change mantra. Change indeed! This piece is not an evaluation of the President Buhari administration or the APC. That in itself is a discuss for another day.

The amalgamation of the Southern and Northern Protectorates of Nigeria in 1914 lumped a diverse multi-tribal and ethnic people together. The process leading to this event and the signatories till this day, remain shrouded and unclear. A marriage alliance of supposedly equal partners built on a faulty foundation has been wobbling for one hundred and eight years. The offspring from this unholy (now unequal) relationship between the strange bed fellows foisted on each other have grown up with copious hatred and acidic bile. The much needed integration between the different nationalities has not materialised. The levels of mistrust, suspicion, and acrimony amongst the components parts of the country is sulphuric. The self-acclaimed major ethnic tripod of Yoruba, Igbo and Hausa relates with each other at moments of exigency convenient to their wimp and caprices. The other crumbs that fill up the national entity jar are left to rue their chances. The four cardinal geographical points to describe Nigeria remains the North, South, West, and East.

At various democratic intervals since independence from the British (1960 – 1966, 1979 – 1983, and 1999 – date) 2 out of the big 3 in Nigeria have taken their shot at the top job (presidency). The North through Abubakar Tafewa Balewa, the North through Shehu Shagari and the West through Olusegun Obasanjo, North again via Shehu Musa Yar’Adua and North again via the incumbent Muhammadu Buhari. The gap in between was accidentally allowing Goodluck Jonathan to stumble in, from the South. Where is the East in all this equation? Are our countrymen and women from the East aliens in the Nigeria project? Are the Easterners cursed? What is the offence committed by the East within the Nigerian state to merit them being treated this way? What have they done?

It is often said that “he who must come to equity must do so with clean hands”. Can the Nigerian state beat her chest and say we have been fair and just to our countrymen and women from the East? No matter the reasons antagonists of the East ascension to the Presidency of Nigeria may advance, it does not hold water. It does not sell, and it does not fly! The East regardless of whatever anybody may think deserve a shot at the Nigerian Presidency. It is imperative that we have an Emeka, Chukwudi, Amaka or Chinyere as President of the Federal Republic of Nigeria quod erat demonstrandum.

The lazy argument that the Nigerian presidency going to the East is equal to handing the key of secession to the East is anti-democratic. The assertion lacks empirical basis and is akin to giving a dog a bad name to hang it. Yes, there was a secessionist attempt during the military era at the early days of our nationhood. Truth is we cannot put the entire blame on the East for the civil war of 1967 – 1970. There are always two sides to a coin. The jury may be out to cast aspersion and condemn our brothers and sisters from the East, but it is not right because the fault lines of those events have a combined share.

The second deposition by antagonists of Eastern Presidency is that it cannot be handed to the East on a platter of gold. The antagonists contend that the Igbos must `fight` for the presidency and must be seen to want it like living things crave oxygen to survive. On the surface, that proposition sounds audible but going deeper it holds no moral ground. There is a precedence for my argument following the annulment of the June 12 presidential elections believed to have been won by the Late MKO Abiola, and the dark days of the Abacha junta.

No one blinked an eyelid when the leading political parties at the time, the Peoples Democratic Party, PDP and Alliance for Democracy/All Peoples Party, AD/APP alliance fielded both Chief Olusegun Obasanjo and Chief Olu Falae respectively. Both the PDP and the AD/APP had Atiku Abubakar and Umaru Shinkafi as Vice-Presidential candidates. The rest as they say is history. The table was cleared for a Yoruba man whichever way the pendulum swung, to become President. If that arrangement of 1999 that led to the emergence of Olusegun Obasanjo as President was not `putting it on a platter of gold`, then we could as well close shop!

A major talking point by our brothers and sisters from the East is that the Nigerian state has consistently marginalised them. In all honesty, they may not be far from the truth. Majority of Igbos also feel that some of the issues that led to the civil war remain unresolved. Many of them feel alienated without a sense of belonging in the Nigeria project. Little wonder then that the region has been beset with agitation for secession from Nigeria intermittently. Some of us may disagree with the methods deployed in such agitations, but truth is, a better rapport from the Nigerian state (especially the current administration) could have doused the tension and calmed nerves. Recent permutations as we approach the 2023 federal elections in the political hemisphere is also not helping matters. Although, it is still early days in the race for the throne in Aso Rock, the names of candidates of Eastern extraction seem not to be in front burner. The names been bundled around are those of the West (Yoruba) and North (Hausa-Fulani) descent. There are two heavyweight contenders already flexing their muscles from the West and the North. They are set to comb the land with a huge war chest and nick the trophy. The East deserve a chance. They do.

The 1999 model must be applied in the spirit of fairness, equity, justice and one Nigeria. Justice to the people of the East must not just be done, it must be seen to be done.

What then should our kit and kin from the East be doing now? Is it okay for them to just sit on the cushion, cross their legs and fold their hands for manna to fall down from heaven on their laps? The answer certainly is NO. The Igbos of Eastern Nigeria need to realise that even when manna fell from heaven, those it was sent to had to get up, and move out of their tents, bend down, and pick it up. Our Igbo brothers and sisters must shake off their tag of `cannot do` to `can do`. This is the time for them to criss-cross the country, build bridges and form political alliances with the other ethnic nationalities and groups in the country. They must bend down (stoop) to conquer. Politics is a game of numbers, tact, strategy, and persuasion. The Igbo propaganda and swansong as we approach the next election cycle of 2023 should be one of `it is right for it to be our turn`.

Secondly, the Igbos need to put their house in order. “A house divided against itself”, our people say, “cannot stand”. Ohanaeze Ndigbo, the apex Igbo socio-cultural group has a huge role to play in this. A situation where fellow Igbos get involved in squabbles with each other will not help the cause. All hands must be on deck to see the vision come to fruition. Ohanaeze Ndigbo must engage Igbo sons and daughters at all levels to unite and present a common front. After twenty-three years of unbroken democratic rule, Nigerians are becoming politically savvy and enlightened. The 2023 general election is going to be our 7th consecutive general elections. Nigerians are getting wiser in democratic tenets. We therefore expect the Igbos to tidy up their loose ends and come to us (other Nigerians) with sound, credible candidates `we can take to the bank`.

Finally, let me state unequivocally that I am not an Ibo, Igbo, or an Easterner. This writeup is therefore not an attempt to fan any tribal or ethnic sentiments. I am an apostle of good governance and advocate of quality leadership. The bane of Nigeria`s development has been our inability to get our very best at the top. The East must therefore give to Nigeria the best of their best. Mediocrity is not an option. Looking at our brothers and sisters from the East; I, like many Nigerians know that they have got what it takes. I sincerely do not want to mention any names, for verily, verily I say unto you that they abound ipso facto!

•Dr Agbons is founder of the Institute of Good Governance

Governors, under the aegis of the Nigeria Governors’ Forum, said the Federal Government is to blame...

OPINION | Presidency 2023, Obi-Dients and Weaponization of Christianity, By Magnus Onyibe