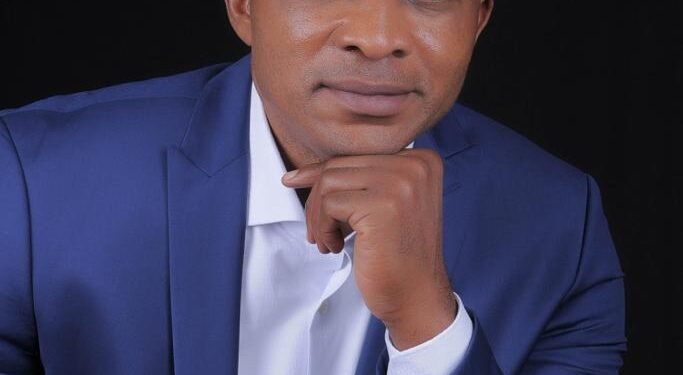 President Muhammadu Buhari has again hit the bull’s-eye preparatory to the 2023 general elections with the appointment of an election logistics strategist, Mr. Kenneth Ukeagu, as INEC National Commissioner.

The president has also set a precedent with the appointment as it was the first time an INEC employee would be appointed into the exalted position.

Commenting on the appointment, Alhaji Aminu Alkali, Chairman of the National Integration Forum (NIF), a political pressure group, observed that the appointment was not consequent on political exigency but based purely on experience and due diligence.

Alkali said Ukeagu had gathered adequate experience in his 30 years stint at INEC most of which he spent in organising logistics for elections till he became the Director of Procurement.

“Ukeagu’s appointment is unique being the first member of staff or an insider to be so appointed by any president; President Buhari needs to be commended for the innovation, sense of judgment, and the futuristic reforms in the commission,’’ he said.

“Aside being a round peg in a round hole, the appointment is an indication that hard work pays and it will encourage members of staff of the Commission to look up to scaling to top of the ladder as well as usher in unfettered commitment that will boost the nascent democracy.

“This appointment is a further step taken to discourage corruption in electoral system as well as a step taken in the president’s usual manner of refining the system.’’

Also commenting on the appointment, Mr. Hakim Afolabi of the Centre for Transparency and Accountability, said “It was not made to deny or diminish any state or region of their slots but based on national interest which sometimes should be injected and blended into critical institutions.’’

“I see the appointee making critical and substantial inputs into the electoral process because of his institutional experience.

“President Buhari has thus set a precedent in the history of the Commission, a goal which no one can fault.

“This is hope rising for other employees and an energiser for more commitment, honesty, hard work, integrity. It is now in the mind that there is brighter future and not vain toil.’’

“Ken’, as he is popularly known, will not be required to go through the ropes on the job because he is in his original turf. Time is of essence because elections are here.

“NASS should regard this appointment as dramatic injection of reforms and an encouragement that would give birth to a better tomorrow.

“It is a blow to mediocrity that had dogged the Commission and the political landscape in the past.’’

Also commenting on the appointment, the National Vanguard for the Nigerian State (NVNS) says election management is practical.

It added that it could only be efficient when professional experience, logistic and technical knowledge, data analytic skills and innovative technology came to play; all these Ukeagu had acquired over the last 30 years as an insider in INEC.

Dr Andrew Asemota, its National Coordinator observed that though appointment of professors as national commissioners was good, the professors are experts in their various fields and not necessarily in election management.

He said that election management required special skills, innovation and vast experience and knowledge that would assist the process when driven by professionals.

“You cannot know more than the person who has been in the scheme and system for more than 30 years,’’ he said.

He added that with less than 14 months into the very important 2023 general elections, the likes of Ukeagu, a sociologist by training are needed to boost the system and ensure hitch-free conduct.

He stressed that time was too short to appoint people who had no adequate electoral and election experience, especially in logistics in which Ukeagu is well-grounded.

A Kaduna-based social media influencer and political analyst, Mr. Alex Ibrahim, was also of the opinion that Ukeagu’s appointment should be seen as neutral and devoid of political and ethnic encumbrances.

Meanwhile, jubilation, ecstasy and sighs of relief have enveloped the Headquarters of the Independent National Electoral Commission (INEC) since Ukeagu’s appointment was announced.

Fifty-six-year-old Ukeagu is the first serving or even retired INEC employee to be appointed as National Commissioner since the Commission was created in 1999.

Ukeagu, from Abia State, aside being a sociologist, has acquired many training in electoral management both within and outside Nigeria, including in the U.S, the bastion of democracy.

His career in INEC spans over 30 years, cutting his teeth as a member of the National Youth Service Corps in the Commission from where he rose through the ranks to become an electoral manager especially in electoral logistics.

He worked on several election rounds as Electoral Logistics Officer at the INEC Headquarters, Abuja.

He was Director Logistics in Electoral Operations and used his technical experience and electoral managerial skills to assist to ensure the smooth conduct of general elections in 2011, 2015, and 2019.

To his credit, Mr. Ukeagu developed logistics plans for procurement and delivery of materials required for electoral activities including those used in 2003 general elections.

He also developed the transportation plan for the nationwide deployment of men and materials for the conduct of voters’ registration exercise and the 2003 general elections.

Ukeagu designed ballot papers and result sheets used for the conduct of the 2007 general elections and successfully handled deployment of men and materials for the elections.

He also developed Advisory Architecture for securing men and materials deployed for the 2007, 2010 and 2015 general elections.

He introduced customisation of ballot papers and result sheets deployed for the 2011 and 2015 General Elections.

This innovation reduced time spent in result management at the end of polling as well as cost of materials as they were produced to reflect the actual number of political parties participating in the elections.

Looking through his plethora of achievements, some members of staff of INEC expressed the confidence that Ukeagu would bring his wealth of experience and knowledge as an election manager in logistics and procurement of election materials to the fore.

Some said the appointment also came at the right time to ensure delays in procurement of election materials, which often resulted in rescheduling of election dates, were avoided.

The rescheduling of general election dates, which are usually fixed over one year ahead would become a thing of the past as Ukeagu would work with other members of the Commission to follow dates scheduled for each activity, some noted.

They added that though other national commissioners are experts in their various fields of endeavour, the knowledge and experience of Ukeagu as electoral logistics manager could not be wished away.

Ukeagu is also expected to bring a lot of changes in the management of elections as he will not only be part of implementers of the Commission’s activities and programmes but as part of policy makers.

No doubt, this appointment of a servicing Director in the Commission is a morale booster for the staff of INEC as people are encouraged to put in their best in the service of the Commission, they stressed.

With Ukeagu’s appointment, employees of the Commission now know that their contributions to the work of INEC were being noticed and appreciated; hence they will be spurred to work harder and be more dedicated to duty.

INEC employees appreciated Federal Government’s gesture and expressed the hope that more of such appointments of serving and even retired Directors of the Commission who put in their best in the service of INEC in particular and the country in general through electoral reforms were made.

They attested that Mr. Ukeagu is a man of character and principles; a man of vision; a detribalised Nigerian; a thoroughbred disciplinarian;  humane and believes in well-being of others; as well as highly innovative, mobile and hardworking and apolitical.

•Momoh is an Abuja-based journalist

In 2022, Edo to Drive Devt, Growth with Technology, Says Obaseki