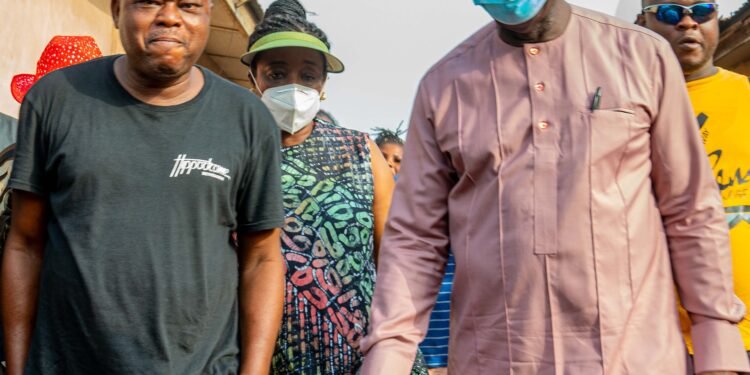 The Edo State Governor, Mr. Godwin Obaseki, has visited the family of late Uwaila Omozuwa and some orphanages, urging residents to take advantage of the Christmas season to show love to the less privileged in the society.

Late Uwaila, a 100 Level Microbiology student of the University of Benin was gruesomely murdered in a church in 2020.

“Her death led to the promulgation of the Violence Against Persons (VAP) law in the state and people are now aware of the crime.”

Speaking on the Christmas celebration, Obaseki urged Nigerians to continue to show love during the period of the celebration, noting, “At this time when we are celebrating Christmas, I think emphasis should be placed on the vulnerable and those who are not strong. We should extend a hand of fellowship, extend happiness to those who are not fortunate as us.”

“That is why we are going round to do as much as we can to physically visit orphanages and people who have challenges, at this time of the year.  Through the Data to MEGA, we now have a database of ten thousand vulnerable persons and we are sending them gift items across the state.”

Earlier, the father of late Uwaila, Mr. Johnson Omozuwa, commended the Edo State Government in the fight against gender-based violence in the state, adding that the assistance provided by the state government has helped to heal the pains of Uwaila’s death.