Benedict Peters: A True Compatriot Made in Nigeria 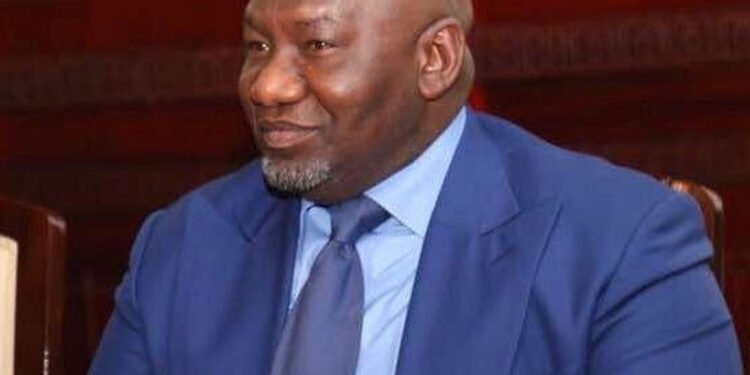 Every society has its models, pathfinders who brave the odds and dare the impossible, some even at young age. Benedict Peters is in this club of outliers. In the Nigerian milieu, he numbers among the role models for the youth. An exemplar of the true Nigerian spirit of derring-do.

Peters does not flaunt long degrees from Cambridge or Harvard. He’s the archetypal homeboy. A product of the University of Benin, he launched into the oil and gas business, venturing into the technical and capital-demanding exploration field once the exclusive tough of expatriates. And he has made a success of it, building Aiteo Eastern E & P Company into becoming the biggest indigenous oil producer in Nigeria and proving the point that Nigerians can play big in the complex global oil and gas ecosystem.

He turned 55 on Sunday, December 5. This piece, however, is not entirely about his birthday. It’s about his unassailable contribution to driving and upscaling local content in the nation’s oil and gas industry.

Without a doubt, the billionaire oil and gas magnate has demonstrably deployed his wealth to foster development, engender socio-economic growth and improve the nation’s human development index. From philanthropy to community development and sports sponsorship, Peters’ Aiteo has endeared itself to the hearts of the Nigerian people.

Since 2010 when the local content Act came to life, there have been efforts to stop or at least reduce capital flight suffered by Nigeria in crude oil exploration. The statistics are worrisome. It is reported that Nigeria recorded capital flight of about $380 billion between 1956 when oil was discovered in the creeks of Oloibiri and 2006, when the Nigerian content policy was initiated. Oil exploration was left in the hands of International Oil Companies (IOCs). They have the technology and the capital to venture into the complex area of oil exploration.  For decades, Nigeria operated a skewed joint venture with IOCs in which the IOCs take 80% of the profit from these deep-offshore fields, while the government receives 20%. Most of Nigeria’s crude is pumped by five IOCs which operate joint ventures and partnerships with the state-owned NNPC. This means that though Nigeria owns the crude, the IOCs make the money. At a time, it was reported that out of every $100 revenue from oil, only $5 is retained in Nigeria. The rest is moved overseas in what should count as the cruelest capital flight and most abusive business relationship in human history.

For effect, Nigeria has a proven crude oil reserve of 37 billion barrels of oil making her the 11th largest in the world. She also has a proven gas reserve of 206 TCF which places her as the 9th largest reserve in the world. Whichever part of the prism is considered, Nigeria has remained and will always be among the top oil and gas players in the world. But the same Nigeria ranks among top nations with the least benefits of their reserves. Foreigners, not Nigerians, profit more from the nation’s huge oil and gas deposits because over the years, Nigeria has shown lack of technical and financial capacities to explore and process these resources.

This is why the entry of the likes of Peters into the exploration market deserves commendation. Since 2008 when he braved his way into the deep and complex oil exploration field, Peters has built his Aiteo Group into the biggest indigenous oil producer in Nigeria and one of the biggest in Africa. He is at the forefront of helping the Nigerian government fulfill its mandate of backward integration in the oil and gas sector. He has become a home-grown brand flying the national flag at home and offshore.

Every country has a strategy for protecting and preserving her resources because no country in the world has all the natural resources in her sub-soil. This explains why a country tries to protect her areas of comparative advantage so that it can be utilized to trade for what she lacks.  Nigeria has comparative advantage in her huge oil and gas reserves but she must create the capacity to process such otherwise it becomes a case of starving in the midst of plenty.

Peters’ Aiteo milestone finds more essence in the African Continental Free Trade Agreement (AfCFTA) which effectively created the world’s largest free trade area connecting 1.3 billion people on the continent with a combined GDP of about $3.4trillion in a single market.  The AfCFTA provides African nation a rare opportunity to trade seamlessly among themselves. It is expected that Nigeria will play a leading role in the market meant to address the low intra-regional trade in Africa estimated at just 17%. Whereas intra-regional trade in Europe stands at 69%, that of Asia is 59 percent.  Nigeria through the efforts of local players like Peters will dictate the oil and gas market within the framework of AfCFTA.

The bold effort of Peters which birthed Aiteo E & P has positioned Nigeria as a leader in the practice of Local Content in the oil and gas industry. It has also encouraged other Nigerian players to brave the odds. Today, whether it is the Nigeria Liquefied Natural Gas (NLNG) project which boasts over 95 percent of Nigerian skilled workforce or the deep sea oil exploration, there is a significant leap forward in local content.

The extent of Nigeria’s Continental leadership in local content is to be seen in ongoing collaboration with other African countries namely: Angola, Ghana, Sierra Leone, Senegal, Kenya, Mali, Mozambique, Niger Republic, Uganda, among others. Some of these countries have visited Nigeria just to understudy the nation’s local content policy implementation.

Wrapped in Peters’ creation of an oil exploration powerhouse are multiple benefits including creation of jobs, direct and indirect, for thousands of Nigerians; deliberate upskilling of the workforce, technology transfer and an arrest of capital flight in billions of dollars.

While it is apposite to wish him a happy birthday, albeit in arrears, it’s imperative to say that when the narrative of oil and gas industry in Nigeria is told, Benedict Peters will occupy a huge chapter written in petals of gold to accentuate the boldness of a young Nigerian who opened the door for many.

2023: After Meeting with Atiku, US Team Visits Tinubu in Abuja