•But no specific date yet! 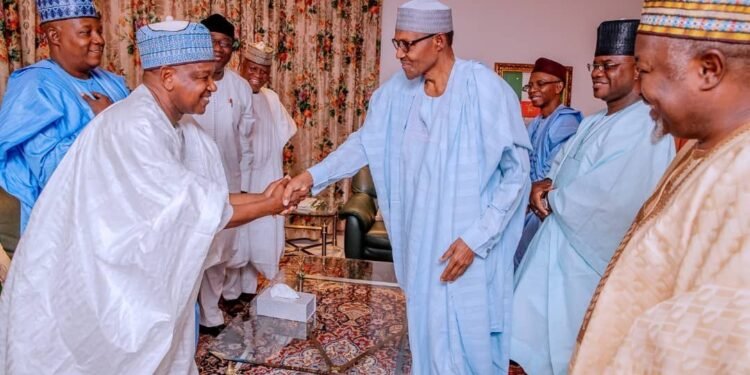 President Muhammadu Buhari has endorsed February 2022 as new date for the National Convention of the ruling All Progressives Congress (APC).

Chairman of Progressive Governors’ Forum, Alhaji Atiku Bagudu, confirmed this development to State House correspondents at the end of a closed door meeting with President Buhari at the Presidential Villa, Abuja, on Monday.

The News Agency of Nigeria (NAN) reports that the meeting was also attended by the Chairman of APC Caretaker Committee, Mai Mala Buni, who is also the governor of Yobe, as well as Gov. Badaru Abubakar of Jigawa.

Bagudu, who was not specific on the exact date for the convention in February, said the convention was shifted because four states were yet to complete their congresses.

He said: “Yesterday, Nov. 21, the Progressive Governors’ Forum met, where we congratulated and thanked the Caretaker Committee for working so hard in leading the party. We also thanked the President for supporting them to deliver on their mandate.

“Part of the inputs we got yesterday was that we still have four states which are in the process of completing their congresses like Anambra; understandably because of the recent gubernatorial election, Zamfara and two others, because of logistic challenges and then, Christmas is around the corner and early January we will be very busy with Ekiti.

The National Caretaker Committee Chairman, Mai Mala Buni, who also spoke on the outcome of the meeting, said: “The Progressive Governors’ Forum after their meeting, has suggested February to the party and the President has concurred so we are going ahead to plan for the convention in February.

“Nigerians should expect more unity and progress as a result of the forthcoming convention.”

“What I am here to do is ad-hoc and of course to reposition the party and that is exactly what we have been able to achieve.”

By Abdullateef Aliyu Leader of Pan-Yoruba sociopolitical group, Afenifere, Chief Ayo Adebanjo, says Nigeria will be in trouble if...

JUST IN | Osinbajo in Hospital for Surgery

‘I Have What it Takes to Defeat APC’, Wike Says as He Joins 2023 Presidential Race