•Insist apex Bank not cause of hardship 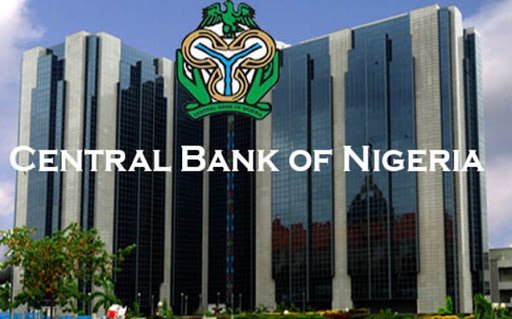 The North-South Economists’ Forum, NSEF, a focus group of development economists, has faulted the notice by some Nigerians to occupy the Central Bank of Nigeria, CBN, in order to force the CBN governor, Mr. Godwin Emefiele, to resign.

Some Nigerian youths under the aegis of Nigerian Youth Initiative for Good Governance (NYIGG) had vowed to mobilise the masses to occupy the headquarters of CBN if President Muhammadu Buhari fails to relieve Emefiele of his duty. Alternatively, they have called on Emefiele to resign over rising food prices and general poor state of the economy.

But in a statement on Sunday, the body of development economists faulted the argument of the youth group, stressing that their threat to occupy CBN smacks of ignorance and a lack of understanding of the dialectics of basic economics.

NSEF said rather than blame CBN for the prevailing hardship with rising composite food index which, according to the National Bureau of Statistics, NBS, jumped to 18.34 percent in October 2021 compared to 17.38 percent in October 2020, Nigerians should query why crude oil, the nation’s major foreign exchange earner, is not refined locally.

In a press release signed by its Chairman, Malam Ahmed Abdulkadir and Secretary, Dr. Chima Eboh, NSEF attributed the fate of the naira to the low receipts from sale of crude oil and the poor-export status of the Nigerian economy.

“Any attempt to blame CBN on the poor state of the economy and increasing food prices shows a lack of understanding of basic economics. No nation will make significant economic progress if she imports more than she exports; if her primary sector is comatose and her citizens show a strange lifestyle of preferring imported products to those produced at home; and if the government (not the reserve/central bank) has consistently displayed a lack of vision and political will to diversify her economy rather than rely on a single product which she has no control over its price.

“This is what has happened to Nigeria. We are paying today for the negligence of yesteryears. Past Nigerian governments failed to take advantage of huge earnings from crude oil export to diversify the economy, build new refineries or turn around existing ones to save forex used in importing refined petroleum products,” NSEF said.

Referencing the 2021 official report from the Organisation of Petroleum Exporting Countries (OPEC), the development economists said in 2020, the amount spent on the importation of petroleum products into Nigeria was $43.46 billion higher than the revenue which the country earned from export of petroleum materials in the same year.

According to NSEF, the above figure represents one of the anomalies from one sector of the economy. This excludes the billions of dollars spent on importation of rice, wheat and other basic needs most of which can be produced in Nigeria.

This is largely because Nigeria’s refineries have remained dormant for many years, despite repeated turn around maintenance (TAM) undertaken by previous governments.

“How is it the fault of any CBN Governor or the CBN that the country cannot refine her crude for local consumption? Is CBN in charge of the refineries? Does CBN sell our crude oil? Is it the fault of CBN that Nigerians import rice, cereals, toothpick, tomato paste, beans, wheat and other basic products and agricultural produce all of which can easily be produced in the country” NSEF queried.

NSEF insists that the argument by some economists and financial experts in favour of a realistic re-pricing of the naira is not a sustainable panacea for as long as the country continues to finance importation of refined petroleum products from the forex she earns from crude oil.

Rather than call for the scalp of Emefiele, NSEF said the CBN governor deserves commendation for introducing multiple interventions meant to increase lending to high-impact and employment-elastic sectors of the economy, diversify the nation’s economic base, create jobs and improve macroeconomic stability.

It listed other targets of the interventions to include encouraging exports and conserving foreign exchange reserves, expanding output of agriculture, manufacturing and services sectors as well as provide access to affordable credit, and boost the capacity of MSMEs in priority sectors of the economy.

By Mustapha Yauri   In spite of scarcity of the redesigned Naira notes in circulation, some smart alecs have...

JUST IN | Total Revenue So far from Stamp Duty is N370Bn, Says Emefiele

Banks to work on Saturdays for old notes collection — CBN

JUST IN | No Comments as Buhari Receives Emefiele at the Villa