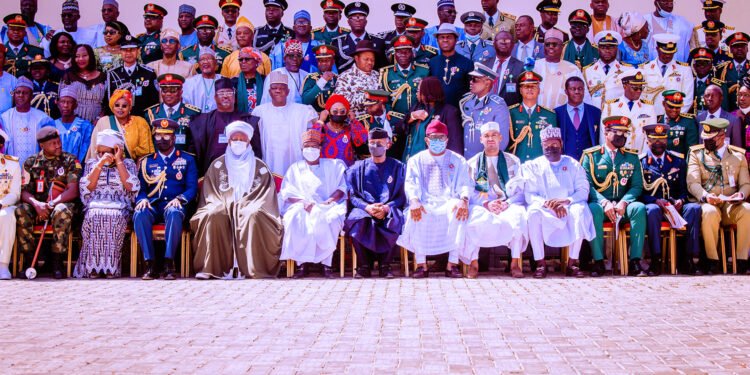 Osinbajo was the Special Guest of Honour at the Graduation Ceremony of Senior Executive Course 43, 2021 of the National Institute for Policy and Strategic Studies (NIPSS), Kuru, Jos.

He said that as at 2021, more than six of such companies had been named Unicorns– a company that is worth over a billion dollars.

Osinbajo attributed the feat of the startups to providence and good policies.

“Six of those companies started between 2016 in the middle of two recessions and global health crisis.

“The companies are: Opay, Paystack,  Flutterwave, Andela, PiggyVest and  Jumia.

“ Paystack and Flutterwave. Paystack was co-founded in 2016 by two graduates of Babcock University, in their twenties.

“ Paystack is a payment processing company; I am sure many have heard that it was eventually bought over by Stripe, the American multinational;  it is now estimated to be worth a billion dollars.

“Flutterwave, also a payment processing coy founded in 2016; Flutterwave in Lagos; it is now worth nearly  three billion dollars and both companies employ hundreds of young men and women.’’

He said that PiggyVest was co- founded in 2016 by ex students of Covenant University led by 21-year-old lady.

According to him, PiggyVest is a wealth management platform that at the end of 2019, had helped one million users save about 80 million dollars.

“What is responsible for some of these successes? Providence and good policies.

“Providence because COVID-19 was a boom period for online payment systems.

“Policy because the president approved the establishment of a technology and creativity advisory group that helped to formulate new banking policies to accommodate new tech enabled payment systems, such that these tech companies could process payments without being full scale banks.

“ The Central Bank of Nigeria (CBN) was then able to issue new types of licences for payment processing; the Federal Government has established a N75 billion National Youth Investment Fund.

This provides financial support for small businesses in any field.’’

The vice president said that CBN had also established a Creative Sector Fund for young people in entertainment or technology.

He said there was the new programme called Investing in Digital and Creative Enterprises (iDICE) programme.

According to Osinbajo, iDICE is an over 600 million dollars programme that will support young tech and creative sector entrepreneurs through the provision of finance, skills development and infrastructure.

“Earlier this year, the federal government partnered with the UNDP and the private sector to start a programme called the Jubilee Fellows internship programme.

“ For the next five years every year 20,000 students after youth service will be given internship opportunities in private sector companies and in public agencies.

“The idea will be for the participants to gain relevant career and life skills that will enable them transition seamlessly into professional, business or public sector careers, while also earning very good pay during the internship.

“These snapshots of possibility are enough to show us that we are not facing an uncertain future without any tools at our disposal.’’

The vice president said, however, that if Nigeria was to inaugurate a new age of accelerated growth, it must adopt a new strategic direction and policy orientation.

Osinbajo said that adoption of a new strategy was what the Federal Government sought to do through the National Development Plan 2021-2025 which was recently approved by the Federal Executive Council.

“ In terms of strategic direction, the cornerstone of our strategy is boosting productivity by focusing on value addition as the guiding principle for all sectors, especially agriculture, manufacturing, solid minerals, digital services, tourism, hospitality, and entertainment.

“ In agriculture, for example, just as we seek to increase production of rice, we are paying equal attention to other parts of the value chain such as storage, transportation, processing and marketing,’’ he said.

He said the Course 43 was graduating at probably the most consequential period in Nigeria’s history – a time of immense challenges but even more enormous opportunities.

Osinbajo urged graduands to promote Nigeria’s unity as their seminal policy work showed what could be done where the best Nigerian minds regardless of ethnicity or religion work together for the good the nation and its peoples.

In his address, the acting Director General of NIPSS, Brig.-Gen. Chukwuemeka Udaya(retired), said that the institute was established in 1979 to serve as a high level centre of reflection, research and dialogue.

He commended the vice president for always availing himself for matters and activities that pertained to the institute despite his tight schedule.

The high points of the event were the presentation of certificates to the 85 graduands by the vice president and induction of the graduands into the Alumni Association of the National Institute (AANI) by the AANI executive.

The vice president also had an interaction with the AANI and inaugurated projects at the institute.

By METROWATCH Reporter   The Special Adviser to the Edo State Governor on Media Projects, Crusoe Osagie has...