NCWS, NDLEA Synergise to Reduce Drug Use among Women 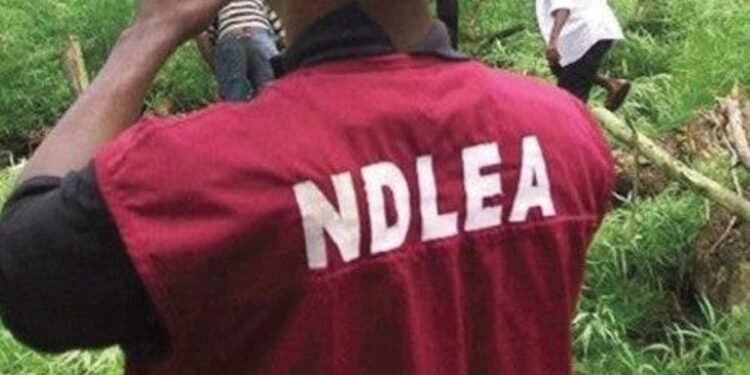 The National Council of Women Societies (NCWS) and the National Drug Law Enforcement Agency (NDLEA) are set to collaborate to clampdown on growing drug abuse among the female gender.

Speaking during a visit to the National Headquarters of the NDLEA in Abuja, the National President of the NCWS, Dr (Mrs) Gloria Laraba Shoda said the partnership between the two bodies to combat the menace of drug abuse has become important in view of the disturbing prevalence of drug abuse among the female gender in the country.

Shoda made the call when she led some national officers of NCWS on a courtesy visit to the Chairman/Chief Executive of NDLEA, Brig-Gen. Buba Marwa (Retd) in Abuja

Shoda, while commending Marwa, officers and men of NDLEA for doing so much within a very short time, bemoaned the level of drug abuse among Nigerian women. She said as a result of this, there is the urgent need for partnership with the agency to salvage the development.

She said: “It’s unfortunate that women now hold drug parties where each one brings her own illicit drug and from the collection, they produce a cocktail of illicit substances to get high.

“At the NCWS, we are worried by this and that’s why we have come to seek partnership with NDLEA in view of the recent excellent work being done by the Gen. Marwa new leadership of the agency.”

In his response, Marwa noted that NCWS is central to the ongoing drug demand reduction and drug supply control efforts in Nigeria.

“I’m happy you have structures down to the local governments and communities because we have almost 15 million drug users and one in four is a woman.

“Women are central to the home and whatever they do have consequences on the entire family structure.

“We have been sweeping the drugs off our streets as much as we can but we need to face the demand end, hence the need for collaboration with the NCWS.”

He assured that the agency would intensify its advocacy for drug test in schools as part of deterrence measures.

He told the team from NCWS, that: “You have to support drug test for our university students and intending couples. If prospective suitors know drug test will be a condition for marriage, they will abstain from drug use.”

Marwa also urged the NCWS to join the campaign against the bid to legalise cannabis in the country.

“You have to join the movement against those pushing for legalisation of cannabis otherwise we may be building more rehabilitation centres than hospitals. Women are the power of the nation, as such you must never allow this legalisation move.”

ARISE TV Interview: Okowa Thanks Atiku for Reaffirming Confidence in Him as VP Candidate