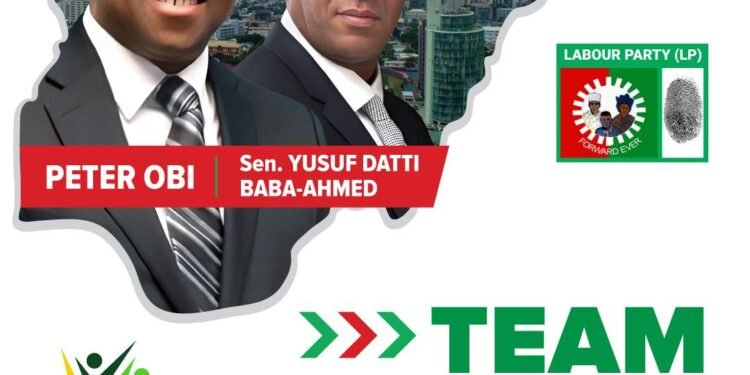 A group of northern leaders under the aegis of The Southern and Middle – Belt Alliance (SaMBA) has described a purported endorsement of the Presidential candidate of Peoples Democratic Party (PDP) by former Speaker of House Representative, Yakubu Dogara’s group as self serving.

In a statement released today, SAMBA said the Northern Leaders Consultative Forum (NLCF) is on a self serving and selfish mission.

The statement signed by SaMBA Spokesman, Prince Rwang Pam Jnr in response to the reported endorsement of Atiku Abubakar by “a toothless platform” said that the group was manipulated by some politicians who had benefited and still benefiting from the old order from the Presidential candidate of PDP.

The middle belt group wondered how millions of Middlebelt and northern Christian voters benefitted from Alhaji Atiku Abubakar, who in recent history deleted his tweet condemning the killing of Deborah Yakubu in Sokoto by alleged Islamic extremist. SAMBA noted that the former Vice President is yet to condole with the affected family, six months after.

The statement reads, “Our attention have been drawn to the purported endorsement of the Presidential candidate of Peoples Democratic Party (PDP), Alhaji Atiku Abubakar by a toothless Northern Leaders Consultative Forum (NLCF), coordinated by former Speaker of House of Representatives, Yakubu Dogara, who by this action has lost favour amongst his MiddleBelt family.”

“We want to state categorically that the Communique by Rt. Hon. Dogara’s group is self serving and does not remotely or substantially represent the interest of Middlebelters who occupied approximately 300,000 Sq km of the Northern region that is about 50%”

“Also, it is on record that Alhaji Atiku Abubakar who declined to speak publicly against the gruesome murdered of Deborah Yakubu in Sokoto will not defend the interest of Middlebelters and Christians living in the north. Atiku who had been vice president between 1999-2007 belongs to the old order. He will not be able to restructure Nigeria to satisfy the yearning of Nigerians.

Obi Replies Tinubu: Nigeria’s Money Safer with a ‘Stingy’ Man Than with a ‘Thief’