OPINION | Why Blackmailers Must Not Derail Pension Reform — By Amos Bajeh 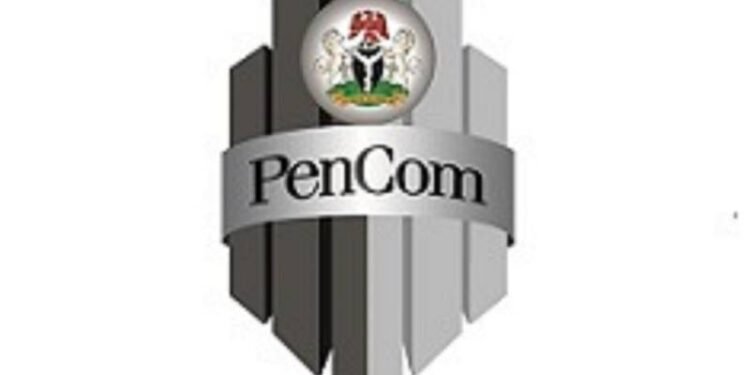 It is easy to know when there is a coordinated media campaign against anyone, judging from my little experience of how blackmail works in Nigeria. Somebody would make a wild allegation, someone else would quickly parrot it, and before you could say “Jack Robinson”, the unconfirmed allegations would begin to trend in videos and comments on social media. NGOs would begin to issue statements threatening brimstone and fire. They would start organising public protests to fight imagined corruption.

This is my reading of the trending and unending media attacks on Mrs Aisha Dahir-Umar, the Director-General of the National Pension Commission (PENCOM). In the last few months, it has been one week, one trouble for her. Since her appointment and confirmation by the Senate in 2020, the PENCOM DG, whom I consider to be a decent public officer who has achieved much within a short time, has soldiered on even with the avalanche of issues in the sector. There is no doubt that she has the strength of character to implement reforms in pension administration in Nigeria. This is a plus for the country and a minus for some stakeholders. I stand to be corrected.

The National Association of Nigerian Students (NANS) recently threatened to rain fire should the PENCOM DG fail to resign based on allegations that do not have any proof. A member of the National Assembly had alleged that the least paid PENCOM employee earned N1 million a month. However, the commission said the highest paid official, which is the DG herself, does not earn up to N1 million a month. NANS had to beat a retreat and offer a public apology, saying after carefully reviewing its allegations, it found that there was a “marked difference between staff cost and staff salary,” with the former consisting of training allowances, staff exit benefit scheme, and employers’ pension contributions “as opposed to salaries that are fixed and earmarked monthly”.

It blamed its threat on “ignorance and lack of inattentiveness at the National Assembly when the lawmakers recently invited officials of PENCOM to seek clarification on issues as part of their oversight functions”. The NANS senate president then described Mrs Dahir-Umar as a “pacesetter”, saying it had carried out an “independent investigation” and concluded that the allegation of wasteful spending “is in many parts misleading, untrue, unverified and therefore, should be ignored”. This is instructive. You shoot first and reason later.

It is not all bad news from the stable of PENCOM, as some would want unsuspecting members of the general public to believe with the way Dahir-Umar is consistently coming under fire from entrenched interests. So much so that one might be forced to ask what her sins are. Either she is appearing before the National Assembly, or some civil society organisations are breathing down her neck for reasons that remain in the realm of speculations. Unfortunately, such instances are commonplace in the polity.

What has Aisha Dahir-Umar done differently at PENCOM that has warranted the barrage of attacks? She introduced laudable reforms that saw pension assets rise from N6.42 trillion in 2017 to N14.3 trillion as of July 2022. She introduced the Micro Pension Plan for the participation of informal sector workers in the Contributory Pension Scheme.

A periodic Pension Enhancement programme was instituted, where the retirees’ monthly pension is enhanced based on the performance of their RSAs, every three years. She developed the Enhanced Contributor Registration System (ECRS) to clean up and enhance the integrity of the pension industry database and the RSA Transfer Window to enable contributors to change their PFAs at least once a year. The Multi-Fund Structure of investment of pension fund assets to address the investment appetite and preference of contributors as well as their age profile was also instituted.

Under her watch, PENCOM automated the Annual Enrolment Exercise for retired federal civil servants to remove the inconvenience of the physical process of the exercise and approved access to a percentage of RSA balance towards payment of Equity Contribution for a residential mortgage.  Also, she strengthened the minimum capital base of PFAs from N1billion to N5billion for better service delivery to contributors. She also facilitated the payment of outstanding accrued pension rights of FGN retirees, which drastically shortened the waiting period for accessing their retirement benefits.

If these and many more are what she has done to deserve the salvo from all fronts, then something is fundamentally wrong. I would not assume that part of her sins is not opening the PENCOM vault unless the DG herself states this. Whatever may be the case, it might not be farfetched as we are in a society where your ability to open government vaults qualifies you as loyal and hardworking.

We must redefine what our expectations are as a people and country. The PENCOM DG would be celebrated and not bashed for getting the job done in other climes. And God forbid that she succumbs to the pressure from these quarters. The implication is that Pension assets in the country would be spirited out in a jiffy, and we would return to the gory days of pensioners unable to access their retirement benefits.

It is indeed a web of intrigues against the Pension Czar. She is before the firing line, and the bullets have been pouring. For the time being, none had hit her. And there is the likelihood that none would hit her, only if the president and commander-in-chief rise to the occasion to call those gunning for her neck to order.

Mr Umar Yakubu, the Executive Director of CeFTIW, said that 511 MDAs were assessed across six broad variables. “The ranking was aimed at preventing corruption in public office as it centred on procurement, budget, human resources, inclusion and website integrity. We used this to check the level of transparency with regards to public finances, especially in procurement, how the MDAs spend their money, generate taxes, recruit people; it also assesses them generally on efficiency.”

These are not ordinary feats for a government agency, whose director general has been accused of spending an imaginary N14 billion on “personnel costs”. No amount of explanation would suffice as those sponsoring the calumny would stop at nothing. According to reports, some NGOs have been making all kinds of threats and allegations against her in the media. If I were in Dahir-Umar’s shoes, I would sue the hell out of them. It is also very important for the security agencies to scrutinise these so-called activists and establish the source of the resources they are deploying for this campaign of calumny.

Dr Amos Bajeh is an Abuja-based commentator/analyst on public affairs.

The National Pension Commission (PenCom) is ready to open its books for scrutiny because it has nothing...

Exodus of the Next Generation: Time to be Concerned — opinion by Dakuku Peterside