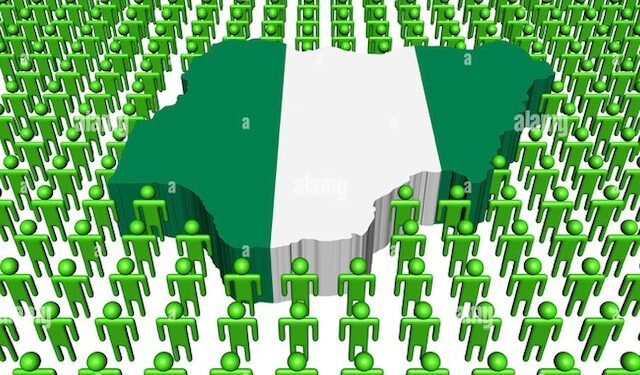 •The map of Nigeria

Between now and May 29, 2023, President Muhammadu Buhari is presented with a rare opportunity to bequeath what many Nigerians consider his best two legacies, to wit: Free and fair elections and a credible national census.

Analysts have argued that while Buhari may have fared well in the area of infrastructure, especially roads and railway, his best legacies would be to conduct a free, fair and less bloody elections as well as deliver a credible census, a good 17 years after the last census in 2006.

On both critical national issues, Buhari has so far taken the first major steps in a journey of a thousand miles. First, he has given Nigerians a new Electoral Act embedded with key antidotes against election rigging and grifting.

The Electoral Act, aside setting Buhari apart from his predecessors as a leader who means well for Nigeria and democracy, also gives the Independent National Electoral Commission (INEC) the legal latitude to introduce technology into the nation’s electoral process.

The chief factor being electronic transmission of election results from every polling unit. For this, history will judge Buhari fairly. Buhari has followed up on the Electoral Act with his now famous admonition to Nigerians to freely vote according to their conscience.

This is the mindset of a leader who wants to bequeath a legacy of free and fair election to the nation.

Buhari’s other legacy is the 2023 census. Should he deliver it, he would go down in history as one of the greatest leaders Nigeria has ever produced. Before now, most, if not all, Nigeria census had been subjects of disputation. They had been rated as censored census and therefore unreliable and discredited.

Again, Buhari has taken the first major step by approving the census and pledging to support the National Population Commission (NPC) to deliver a credible and reliable census. President Buhari should follow through his pledge. He should deliver to Nigerians a credible census, remarkably different from the previous ones.

Obviously, the President is willing to make good his promise of a credible census. Not only him, other notable voices have given full backing to the exercise, including the National Council of States (NCS), former President, Chief Olusegun Obasanjo, and the United Nations Population Fund (UNFPA). For a country like Nigeria, census ought not to be conducted more than 10 years apart.

Holding a national census more than 10 years apart is not ideal for national planning, going by the recommendation of the United Nations (UN). This makes the case of the 2023 census very imperative.

But this is what previous governments could not muster the will to do. Buhari will stand out in the pantheon of Nigerian leaders as one who places the most premium on population data as critical element for national planning and development.

It bears restating that a census is not a jamboree or a statistical exercise in futility. It is meant to help in national planning, delineate the demographics of a nation as well as map out population densities of the various federating components of such nation to aid in moments of national emergencies, distribution of resources and public utilities including schools, hospitals, etcetera.

A good census is one adjudged to have reliable and verifiable data. This will guide all strata of government from federal to local governments on how best to prioritise development and distribution of resources and infrastructure in education, healthcare, water resources and general needs of the people.

A credible census is critical in national planning and development. It also holds a compass for investors, foreign and local. One of the complaints of foreign investors about Nigeria is the lack of credible and current data on Nigeria’s demographics.

At international conferences and business meetings, many investors have bemoaned the absence of contemporary data on Nigeria that would help them make intelligence-based decisions on where, what and when to invest in the country. It therefore means that delaying the census amounts to keeping development in abeyance.

Postponing the 2023 census under any guise accentuates the unseriousness of the nation and projects Nigeria in bad light in the comity of nations. Calls from certain quarters that the census be postponed because of next year’s general elections make the matter even more ridiculous. It portrays Nigeria as pathetically primitive given that many nations across the globe have successfully conducted their censuses within agreed time frame of five to 10 years.

READ ALSO  COP 27: The  Real Deal at the Red Sea -- a review by Dakuku Peterside

In countries where there had been a break from the routine five to 10 years interval, such situation only arose on account of war. Nigeria is not at war.

Election is not war. Besides, Nigeria’s elections are holding in the months of February and March, 2023. It means that the result of the census is not intended to be used to determine outcome of the elections as some have alleged.

To argue that the census is coming too close after the election is to live with the mindset that the 2023 elections would trigger a major crisis in the country. Far be it. On the contrary, Nigerians should live with the consciousness that election is a democratic festival to celebrate the liberty of the people to freely choose their leaders. Nigerians should stop beating the drums of Armageddon every election year.

NPC projects that the census will create about 3 million ad hoc jobs. This will help mitigate the growing employment in the country particularly among the youths. But NPC should hasten the process. The commission should move faster with sensitization, recruitment and training just so it can deliver a credible, tech-driven census next year.

Ghana has achieved national census frequency of every 10 years, same as Singapore. South Africa was holding census every five years but had to push it to every 10 years. South Korea, Canada, and Japan hold census every five years. India, with a 2022 population of 1.417 billion, according to the United Nations’ World Population Prospects data, has maintained a 10-year frequency since 1872 when the first census was conducted.

Nigeria has no reason not to conduct credible census at least every 10 years. This is a key legacy Buhari must bequeath to a nation that lacks reliable data bank of her citizens.

We failed in the past. This time, President Buhari should match his words with action. Let’s have a credible census in 2023.