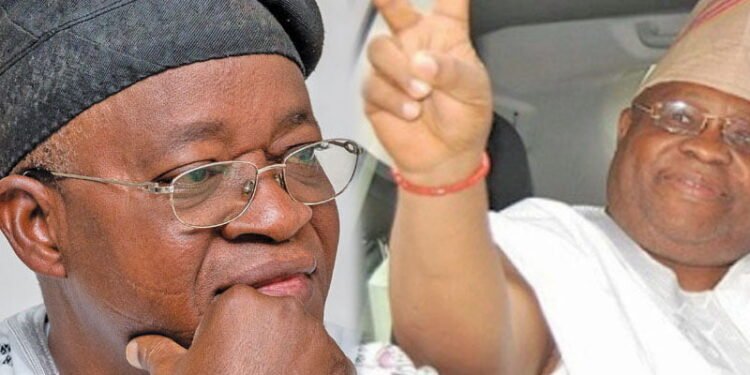 The Osun State Independent Electoral Commission (OSIEC) on Monday said it has withdrawn the Certificates of Return from the local government chairmen and councillors elected on Oct.15.

Its Secretary, Mr Adedapo Adejumo, made this known in a statement in Osogbo.

Adejumo said that the commission would not appeal against the Friday judgment of the Federal High Court, sitting in Osogbo, which nullified their elections.

“Consequent upon the judgment of the Federal High Court, sitting in Osogbo in the case FHC\OS\CS\94\2022, involving the Peoples Democratic Party VS the Independent National Electoral Commission and six others, delivered on Friday, Nov. 25, 2022, which nullified the Local Government Elections conducted by the Osun State Independent Electoral Commission (OSIEC) on Oct. 15, 2022, the commission hereby announces its decision not to appeal the judgment of the Federal High Court.

“The decision of the Commission is coming against the backdrop of OSIEC’s failure to follow strictly the provisions of Section 24 of OSIEC Law, 2022 and Section 28 of the Electoral Act, 2022, which mandated the Commission to give a notice of 360 days before the conduct of the election.

“In view of this, the OSIEC aligns perfectly with the decision of the Federal High Court, as the elections stand nullified.

“Consequently, the Certificate of Returns already issued to the purportedly elected Chairmen and Councillors are hereby withdrawn with immediate effect,” he said.

The News Agency of Nigeria (NAN) reports that Gov. Ademola Adeleke, had in a statement by Mr Teslim Igbalaye, Secretary to Osun State Government, ordered the immediate suspension of the OSIEC Chairman, Mr Segun Oladitan along with other members of the Commission.

Igbalaye explained that the Chairman and its members were suspended based on several petitions, bothering on financial impropriety and abuse of office brought against the chairman and members of his commission.

He, however, directed Secretary to the Commission to run the affairs of the state electoral body, pending the outcome of investigation into the allegations against the suspended chairman and members.

(PRESS STATEMENT) Governor Ademola Adeleke of Osun State has affirmed that the Atiku/Okowa ticket will win South West in a...