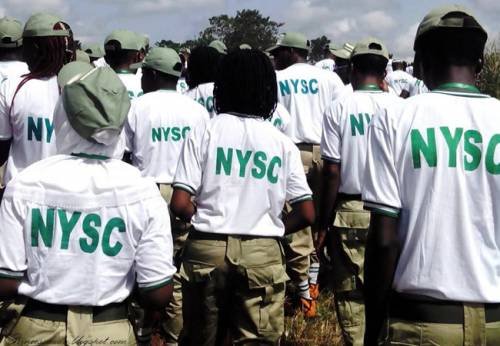 Director General of the National Youths Service Corps (NYSC), Brig:-Gen. Mohammed Fadah has urged all Corps members across the country not to be speculative on issues affecting the scheme.

The NYSC DG also warned the Corps members not to be involved in the local politics of their host communities particularly as the 2023 general elections is fast approaching.

He warned that “I must, however, emphasize that engagement in their local politics is a no-go-area for you. Furthermore, I enjoin you to undertake personal and group Community Development.”

Mohammed Fadah was speaking during the official closing ceremony of the 2022 Batch B stream II Orientation Course at the State NYSC Permanent Orientation Camp in Wailo, Ganjuwa Local Government Area of the state.

Represented by the Bauchi State Coordinator of the Scheme, Alhaji Namadi Abubakar, the DG, however, called on them to rather visit the scheme’s official website, social media platforms and other channels for clarification when in doubt.

READ ALSO  NYSC: Why we Decamped Corps Member with Skirt

According to him, NYSC is liaising with financial institutions and other stakeholders with a view to providing start-up loans to enable corps members to actualize their business dreams.

Also speaking, Bauchi State Governor. Sen Bala Mohammed said that the state government has set aside funds for corps members to establish their businesses in the state.

According to him, Corps members were only expected to come up with good and captivating business proposals so that loans could be made available for them to start their businesses after their service year.

He stressed that “You are also to know that the various skills acquisition programmes you have been exposed to are designed to make you self-reliant.”

Bala Mohammed added that “I, therefore, urge you to further build on these skills by continuing with the post-camp training module of the skills acquisition programme,”.

Represented by his Deputy, Sen Baba Tela, the Governor also urged the corps members to make meaningful contributions towards the peace, growth and progress of their various host communities by being dedicated, committed and putting the interest of the nation first.

The governor said in line with the state government’s focus on youth development it has made robust arrangements for the corps members’ welfare and security.

Bala Mohammed said that “Also, our people in all parts of the state have been sensitised and they are eager and ready to receive you.

“I, therefore, encourage you to settle down quickly in your different place of primary assignment and contribute your quota to the development of the state,” Mohammed said.

A total of 1,500 corps members were posted to the state for the compulsory one-year service exercise.

Over 100 Civil Society Organisations (CSOs) under the auspices of ‘Nigeria First’, have protested against scrapping the National Youth Service...